What we eat isn’t the only thing that affects our digestive system. This complex pathway of vital organs is sensitive to our emotions, too. You might feel nauseous when facing certain situations or people, for example, or get “butterflies in your stomach,” associated with feelings of love. The digestive tract reflects our mental health, proving that mind and body are a single unit, with physical symptoms responding to signals sent by the brain to a specific part of our body.

Some scientists describe this relationship as “two brains” that are interconnected: one is the complex organ that resides in our cranium; the second is the enteric nervous system (ENS), a web of tissue with more than 100 million nerve cells lining our gastrointestinal tract from the esophagus to the rectum.

Because of the link between them, involving cellular messengers that are in permanent communication, some mental conditions will present gastrointestinal symptoms. Conversely, what we eat can also help manage mental health conditions, such as anxiety or stress.

The enteric nervous system, as its name indicates, is part of our larger nervous system. It is the most extensive quasi autonomous component of the central nervous system and covers various organs, transporting physicochemical signals along its path.

The so-called “brain-gut” link ⁠— the role of the enteric nervous system and its influence on mood and conditions like anxiety and stress ⁠— is a relatively new field of study.

Recent studies show that the connection between the gut, the enteric nervous system, and the central nervous system is stronger than previously thought.

Our gut hosts a complex ecosystem of microbial communities, known as microbiota or intestinal flora, that plays a role in metabolism and is essential for the normal functioning of our immune system. Scientists also know that an altered gut microbiota has been linked to mental illness, including depression, and some neurodegenerative diseases, such as Alzheimer’s and Parkinson’s.

Anxiety, Stress, and the Gut

The brain has a direct impact on the gut. It can signal the stomach to secrete gastric acid when you think about food, for instance, or make you run urgently to the restroom right before a stressful or important event. These and other stomach-related manifestations are among the main symptoms of two conditions that are primarily associated with mental health: stress and anxiety.

Anxiety is characterized by feelings of tension, worried thoughts, and physical changes, such as increased blood pressure.

People who suffer from anxiety disorders tend to have recurring intrusive thoughts or concerns that progressively affect their daily life and can even prevent them from completing certain tasks, like taking an exam or speaking in public. 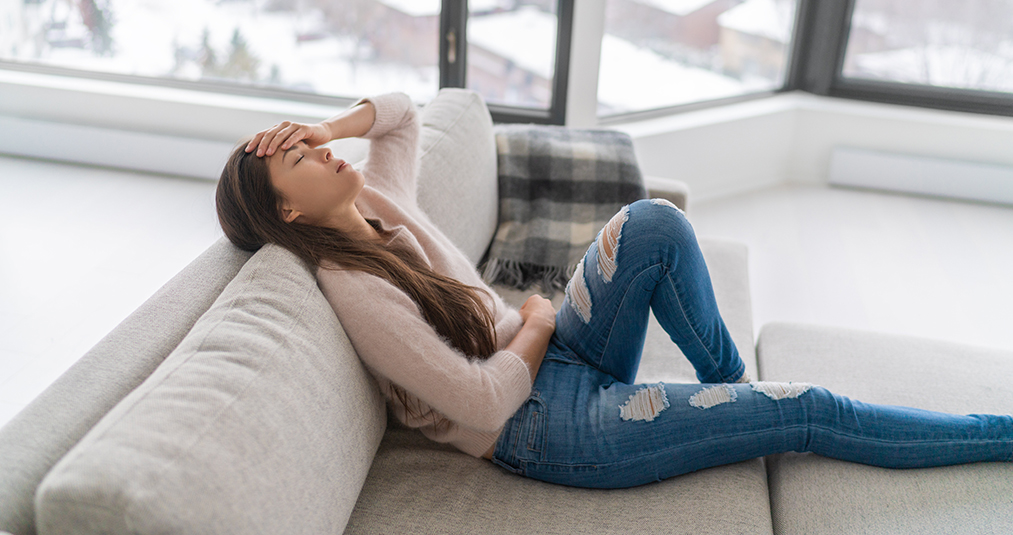 Situations and activities that are unremarkable to other people, like attending a party, can trigger physical symptoms in individuals with anxiety, including sweating, trembling, dizziness, and a rapid heartbeat.

Similarly, stress is the physical manifestation of a problem or worry that begins in the mind and extends to the body. Acute stress, the body’s normal response to a tense situation, is usually brief, lasting just long enough for a person to react to a danger or threat, for instance. But other prolonged and potentially chronic forms of stress can result in serious mental and physical health complications.

Both conditions, which are themselves related, have a strong link to the digestive system. This connection is evinced by the effect that certain foods can have on our levels of stress and anxiety.

Relatively small dietary and lifestyle changes, such as drinking less, exercising, and not smoking, can have a positive impact, not just in lowering the risk of developing gastrointestinal conditions but by improving the brain-gut connection overall.

The Brain-Gut Link: Under Review

Most cases of anxiety and stress are treated with psychotherapy and medication, such as anti-anxiety drugs. But studies have shown that regulating our intestinal flora by taking probiotics — “good” live bacteria and yeasts that help maintain a healthy chemical balance in the gut — can help improve symptoms associated with both of these conditions.

At the same time, it’s not uncommon for gastroenterologists to prescribe antidepressants to help treat irritable bowel syndrome (IBS), not because they think the problem is in their patients’ heads, but because these medications may alleviate symptoms by acting on nerve cells in the gut.

That’s right — while the gut can suffer from its own illnesses and conditions, it can also be impacted by mental health disorders.

Several studies have linked a good intestinal microbiota to a better response to stress and anxiety, and others have shown that bad intestinal health puts us at risk of developing these mental health conditions.

The Role of the Vagus Nerve

The vagus nerve plays a key role in the complex network of pathways and signals that connect mental health —  traditionally rooted in the brain — with the digestive tract — usually associated exclusively with food.

The vagus nerve is the main component of the parasympathetic nervous system, which oversees a wide range of essential bodily functions including mood control, immune response, digestion, and heart rate. It also establishes one of the connections between the brain and the gastrointestinal tract, and sends information about the state of our inner organs to the brain via so-called afferent fibers. One could say that the vagus nerve is living proof of the link between the brain and the gut.

But what comes first — the mental condition or the digestive symptom? Tens of scientific studies are trying to answer this very question. Researchers are beginning to understand the complicated ecosystem of bacteria and other microbes that live in the human gastrointestinal tract. In the meantime, and as in so many other fields of preventive and therapeutic study, we can confirm one universal truth: a healthy diet can help both the mind and the gut.

A balanced diet, rich in fruits, vegetables, omega-3 fatty acids, whole grains, and dried fruit and low in processed foods, provides a healthy combination of different fibers and nutrients. But the gastrointestinal system, our “second brain,” is incredibly complex. Along with their doctors, individuals should identify and follow the healthy habits that work for them.