There is a widely-held belief that smoking can help people manage stress and even provide benefits similar to those of medication to help treat certain disorders, like anxiety and depression. But two recent studies prove that tobacco has a negative impact on mental health, and that quitting smoking can actually improve our mental well-being.

These new findings debunk the myth that smoking is a relaxing and calming activity that produces a general feeling of satisfaction, discrediting benevolent conceptions of tobacco use.

Evidence of the serious damage caused by tobacco has been mounting for decades, and people are increasingly aware of the dangers it can pose for respiratory and cardiovascular health. What many still don’t know, however, is that quitting smoking can also be good for their mental health.

What the New Studies Show

A group of researchers at the Universities of Bath, Birmingham, and Oxford and New York University recently analyzed a total of 102 high-impact international studies including over 190,000 participants. These scientific studies were looking for a link between quitting smoking and an improvement in mental health and were published in more than a hundred prestigious medical journals.

When reviewing the studies, the researchers found clear evidence that “smoking cessation is associated with small to moderate improvements in mental health.” 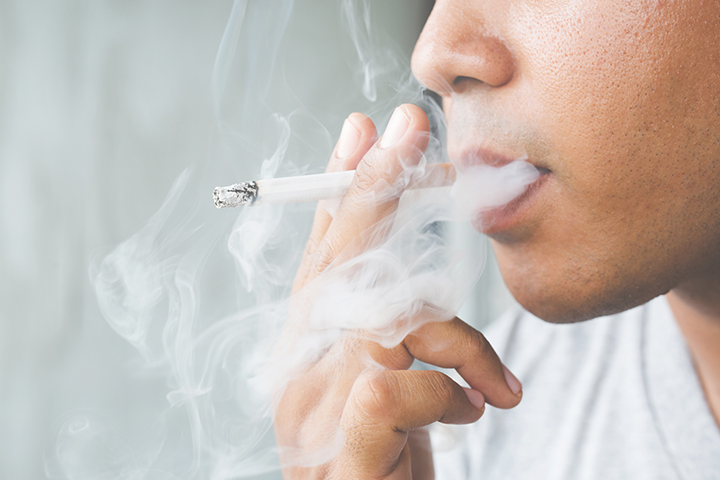 The same article indicated that anxiety, depression, and stress are the mental disorders most closely related to smoking.

These results break a clear stereotype about tobacco: smoking does not have any beneficial effects on mental health.

The Relationship Between Smoking and Depression

Depression is a serious mental disorder that causes constant sadness, apathy, lack of motivation, and irritability.

Over 300 million people worldwide are estimated to be affected, roughly 4% of the population. Depression differs from the normal and brief variations in mood and emotional responses to problems in our daily lives. It can become a serious health problem, especially when it is long-lasting, causing major suffering and disrupting family, school, and work activities. In the worst cases, it can lead to suicide.

This mental disorder is concerning on its own, but it can also complicate the symptoms of other conditions and delay healing or cause new damage. Depression can make people more likely to neglect their own health and that of their loved ones. It can lead to tobacco, alcohol, and other substance abuse.

In another article, a team of researchers at Harvard Medical School reported that smoking masks the symptoms of depression. Tobacco can mitigate sadness over the short term, they say, which prevents the symptoms of the primary disorder from manifesting clearly.

This appears to be especially serious in teenagers: smoking can delay their mental maturity and make them more prone to depression. Depression leads to nicotine use much more than other negative emotions. It is thought that feelings of sadness are not just associated with smoking addiction, they can also cause it.

“When smokers feel sad, they pick up a cigarette and inhale more and more deeply. It is not surprising that cigarettes are a solution to the problem of sadness that smokers appear to use effectively,” the Harvard research reports.

Tobacco addiction is a very serious condition. It is the world’s leading cause of preventable disease and death. One of every two people who smoke will die from a smoking-related condition, unless they quit.

Teenagers are an important market segment for the tobacco industry. Studies show that 9 out of 10 smokers start before age 18, according to the Pan American Health Organization (PAHO). Worldwide, over 40 million adolescents between the ages of 13 and 15 have already started to use tobacco.

The Centers for Disease Control and Prevention (CDC) states that tobacco addiction causes around 480,000 deaths in the United States each year, making smoking the leading cause of preventable disease and death in the country.

In summary, smoking should be considered an addictive, chronic, and recurring disease that can also directly or indirectly cause many other chronic conditions. In Latin America and the Caribbean, 80% of deaths are related to non-transmissible chronic diseases. These are cardiovascular problems, cancer, diabetes, and respiratory diseases, all conditions that smoking can either cause or exacerbate.

Mental health problems are often linked to these long-term or incurable diseases. By quitting smoking, you can fight against these chronic diseases in two ways: first, by eliminating the toxic agent that can cause or worsen these conditions in your body; second, by reducing the symptoms of stress, anxiety, and depression, making the healing and recovery process easier.

Quitting smoking and adopting healthy habits are decisions that have an immediate impact on the improvement of people’s well-being and physical and mental health.

Remember, always consult with your physician or other qualified health care professional to determine the best options for your body and health, and to answer any questions you may have regarding any medical matter.