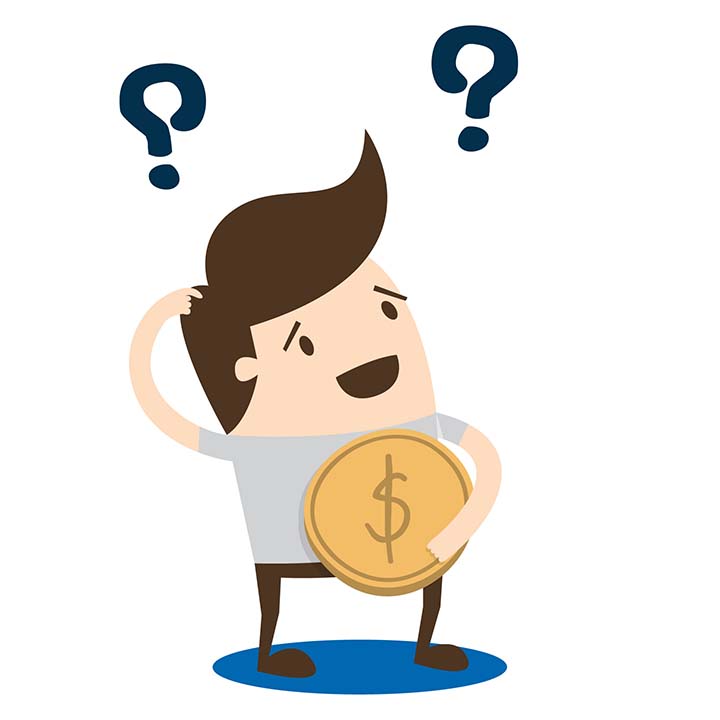 There seem to be two different ways of thinking about the link between money and subjective well-being. On one hand, some claim that money is crucial for happiness and to say otherwise is both untrue and pretentious. On the other hand, it is also said that money is a means, and not an end, to happiness, since the only thing that really matters is doing what we love.

A way to reconcile these two views might  be to say that  the positive link between money and wellness is always transient. For instance, it has been shown that as income increases, it contributes less and less to overall life satisfaction. So, money does not necessarily buy happiness and well-being.

Daniel Kahneman, economist and co-recipient of the Nobel Prize, says that a higher income doesn’t necessarily increase our well-being, and may even cause more anxiety and stress. According to a study published in Science, “Most people believe that they would be happier if they were wealthier, but the evidence found by this study about subjective wellness is substantially inconsistent with this belief”.

However, everyday life shows us that a higher income makes life easier, especially among those who have a reduced income. Even when we have enough money to meet our basic needs, like food, clothing, housing, and leisure, among others, as our economic situation improves, life indeed becomes easier.

So, once all the basic needs are met, at what point can one assume that money makes a difference in someone’s well-being?

The Impact of Money on Behavior

Psychologists and sociologists have studied the impact of wealth and inequality on human behavior, and the research shows that money affects their moral principles, relationships, and mental health. It also has a powerful influence on their minds and actions, sometimes in ways that we don’t recognize, and regardless of the economic situation of the individual.

A study that analyzed people’s behavior in relation to income concluded that wealth can reduce feelings of empathy and compassion towards others. This study, published in Psychological Science some years ago, concluded that low income individuals were better facial expression readers, a very important empathy marker, than rich people.

Science shows that wealth can increase the ability to be generous to others, but it also tends to reduce the desire to do so as well as feelings of empathy.

At the other end of the spectrum, low-income individuals often judge and stereotype wealthy people as "cold and insensitive". Rich people are usually envied and viewed with distrust, to the point where some tend to associate the earnings of a company with its perceived social damage, regardless of the actual practices of the company.

But beyond academic research, the link between money and well-being should be a good opportunity for change and learning. Qualities like empathy, compassion, and gratitude are vital for well-being, which has also been proved by science. There is substantial evidence suggesting that participating in acts of generosity is an effective strategy. Finally, well-being is a skill set that can be learned and refined over time.

Sources: Would You Be Happier If You Were Richer? A Focusing Illusion, “Having Less Giving More”: the influence of social class on prosocial behavior., Psycological Science, Social Class, Contextualism, and Empathic Accuracy, Money and Happiness: Income, Wealth and Subjective Well-Being, Dr. Richard Davidson, The Four Constituents of Well-Being