Over the last century, vaccines have emerged as one of the most significant advances in modern medicine. Thanks to their use, diseases that led to thousands of deaths and disabilities around the world each year have been eradicated, such as smallpox, polio, and diphtheria. Nevertheless, many people still question the efficacy of vaccines today, and even reject them altogether, for different reasons.

Vaccines are applied to strengthen the immune system and prevent serious, potentially life-threatening illnesses. The National Library of Medicine (NLM) offers a simple definition: vaccines “teach” the body how to defend itself from attacking microorganisms such as a virus or bacteria.

How do vaccines stimulate the immune system in such a way? By exposing it to very small amounts of weakened or destroyed germs. When these microorganisms enter the body, it learns to recognize them, and if we become exposed to them again, our body will remember them, attack the infection, and prevent us from getting sick.

The Different Types of Vaccines

Vaccines can be classified into four kinds:

Although newborns are protected by antibodies passed on by the mother through the placenta, this type of immunity is insufficient in the medium- and long-term. Currently, vaccinations are available for some 14 serious infectious diseases, including chicken pox, measles, whooping cough, mumps, hepatitis, human papilloma virus (HPV), and malaria (which was approved by the Food and Drug Administration in 2018 exclusively for children and teenagers between 9 and 16 years old who have already had the virus.)

The Return of Diseases

In the last five years, news about outbreaks of illnesses such as measles, which had been eradicated for more than two decades in most of America, have sparked widespread concern. Cases have continued to increase. In the first six months of this year, there were 1,109 confirmed individual cases of measles in the United States. This is the highest number reported since 1992 and since the United States was declared free of measles in 2000.

The reappearance of hundreds of new cases across the American continent continues to concern health authorities. Measles is a very contagious disease that can be serious and even fatal.

According to the most recent data provided by the Pan American Health Organization (PAHO), there have been more than 1,100 cases in 11 countries in the Americas during 2018. Less concerning but still significant cases of whooping cough and mumps have also been registered in diverse regions.

A report by UNICEF exposed the causes of this sudden surge in measles: an estimated 169 million children in the United States did not receive the vaccine between 2010 and 2017 (the US has the lowest measles vaccine rate in children among high-income countries.) As of 2017, deaths caused by measles have increased by 22% globally. 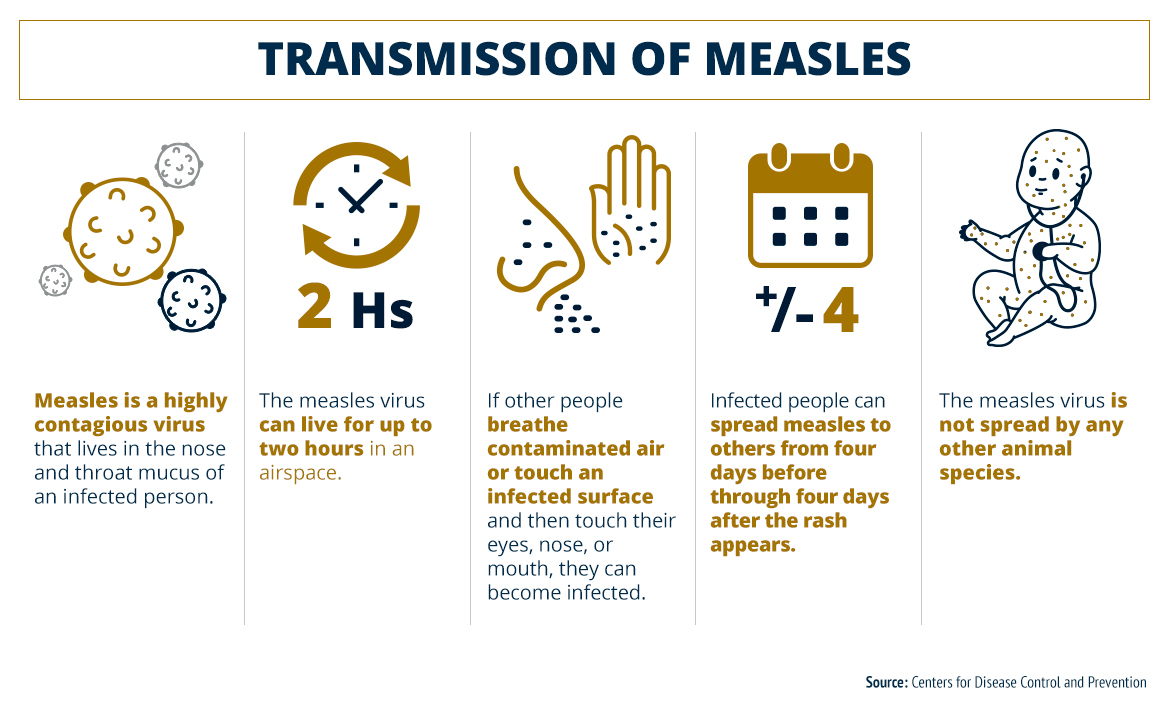 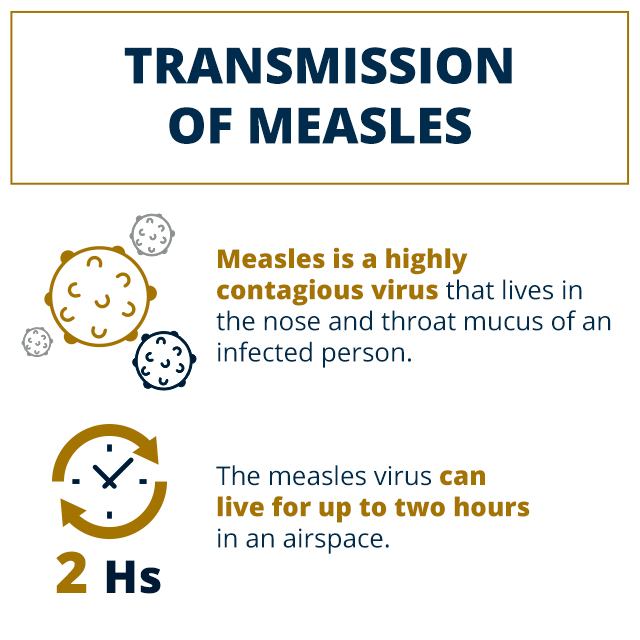 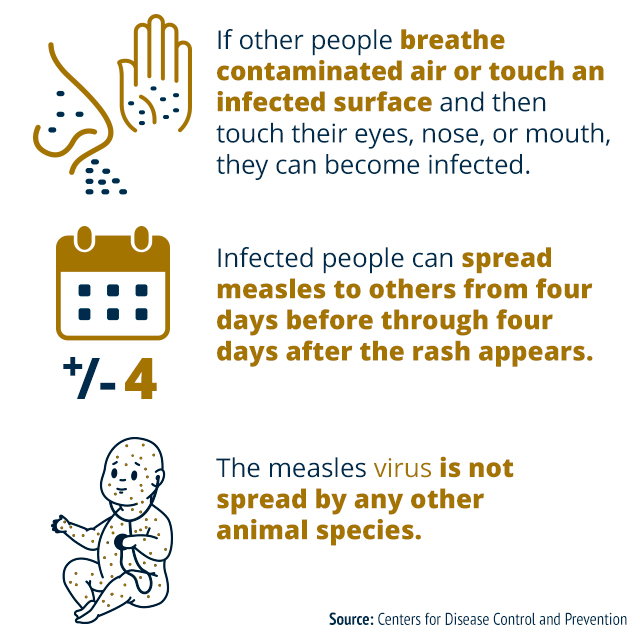 Why Do People Refuse To Get Vaccines?

A principal reason behind the rejection of vaccines is the fear of autism. The growing anti-vaccination movement associates them with the appearance of this disorder, an argument proposed in a 1997 study by the British gastroenterologist Andrew Wakefield that suggested to find a link between the MMR vaccine and autism. However, the study lacked solid evidence (its sample size was only 12 children) and was subsequently retracted from The Lancet, the journal where it was initially published. Wakefield himself, who lost his medical license soon thereafter, admitted his supposed findings amounted to little more than a hypothesis.

Scientists all over the world have emphasized for years now that there is no relationship between vaccines and neurobehavioral disorders, and yet this irrational fear continues to propagate. In addition to the risk of autism, other arguments against vaccines can be found throughout social networks, ranging from security concerns to the need for natural alternatives.

Experts from the University of Pittsburg evaluated the reasons why parents refuse to vaccinate their children, starting from an analysis of social media posts against a video published by a pediatrics office promoting the human papilloma virus (HPV) vaccine. Looking at the various profiles of those who commented, researchers learned that their motivations were diverse.

Some parents appeared to distrust the scientific community and worried that mandatory vaccination might represent an attack on individual freedom.

Others believed that the government and other groups conspired to hide the truth from the general public, arguing, for example, that the polio virus does not really exist. And some people felt unsure about vaccines because they considered them unsafe and “immoral,” or favored natural alternatives, like homeopathy, in order to avoid chemical substances.

For researchers, these findings spoke clearly to the need for doctors and health institutions to improve the way they communicate the message about vaccines. Parents are likely to have questions, and telling them that vaccines are safe and effective is not enough.

How Safe Is It To Insert a Virus Into The Body?

Internationally recognized institutions, such as the World Health Organization (WHO), the American Academy of Pediatrics (AAP), and the Centers for Disease Control and Prevention (CDC) support vaccines and urge populations to use them in order to maintain global health. But for many, the idea of injecting a potentially harmful virus or bacteria into the body raises fears and doubts.

While it is true that vaccines introduce a virus into the body, they are attenuated or weakened versions of these germs. For a vaccine to cause an illness or infection, the recipient must have a very weakened immune system, which is why certain identified groups are excluded from vaccination, such as people with HIV or cancer patients or pregnant women (since live viruses can pose risks during the gestation period.)

The side effects of vaccines tend to be mild and passing. They can include a low fever, irritability or pain at the site of vaccination, and, in some cases, allergic reactions, headache, fatigue, or loss of appetite—but they go away completely in a couple of days.

Vaccinations, Not Just For Kids

Vaccination plans should begin at a very early age. However, vaccines aren’t just for children. Adults should also get them, even if they have been vaccinated when they were young, since immunity levels can decline with time and require reinforcement (known as a “booster” shot.) Further, the formulas of many vaccines have improved, and there are now new vaccines that may not have been around a while back.

The vaccines adults should be administered are determined by factors such as age, lifestyle, previously received immunizations, and medical history, or travel to high risk countries. The following is a list of vaccines currently recommended in the United States and different regions of the Americas: 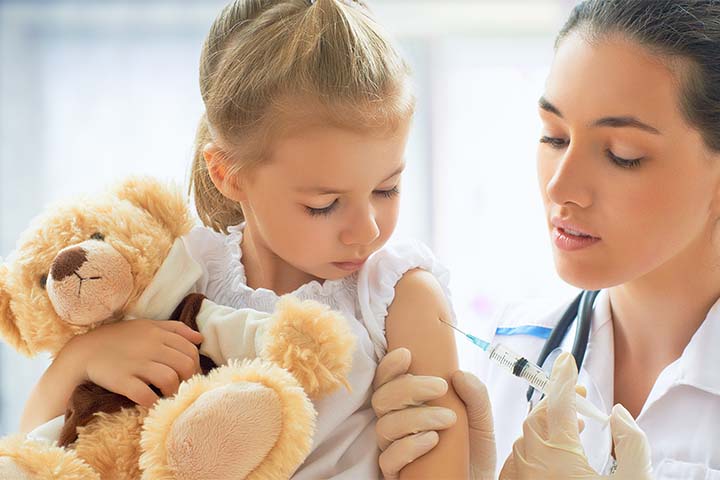 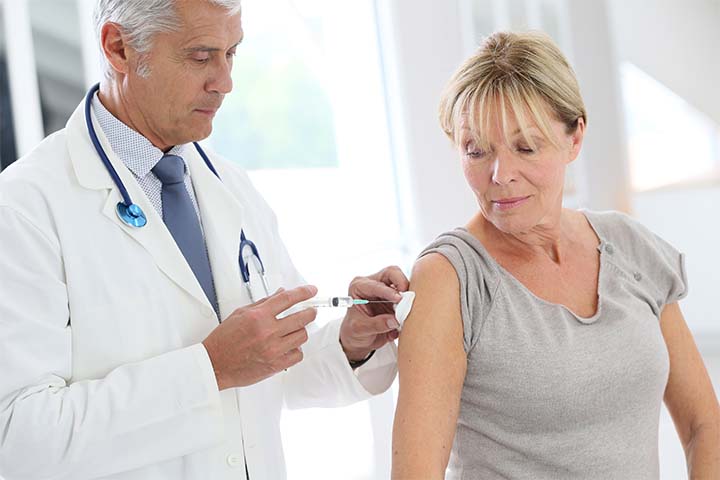 HPV. The human papilloma virus can cause cancer. This vaccine was initially meant for children and teenagers, but the Food and Drug Administration (FDA) has recently extended its application to adults up to 45 years old, both male and female.

Influenza. As early as six months of age, the vaccine should be administered every year near flu season, to prevent the flu or reduce the gravity of its symptoms.

Shingles. The vaccine against the herpes zoster virus should be applied starting at 50 years old, since risk increases with age.

Pneumococcal disease. Two doses for adults at or over 65 years of age are recommended.

MMR. Known as the triple shot, since it protects against measles, mumps, and rubella. Although it is applied in infancy, some adults may need boosters.

Measles. It’s a known fact that this illness has returned after being eradicated in most of the world. It can be administered at any age.

Rubella. It can be particularly dangerous in pregnancy, so women planning on having children should ask their doctors about getting this vaccine.

Hepatitis A and B. Those who suffer from liver disease or sexually transmitted diseases, use drugs, have had more than one sexual partner recently, or received a blood transfusion should get these vaccines.

DTP, DTaP, or Td. Protects against diphtheria, tetanus, and pertussis (whooping cough.) Adults should receive this vaccine every 10 years.

Remember, always consult with your physician or other qualified health care professional to determine the best options for your body and health and to answer any questions you may have regarding any medical matter.