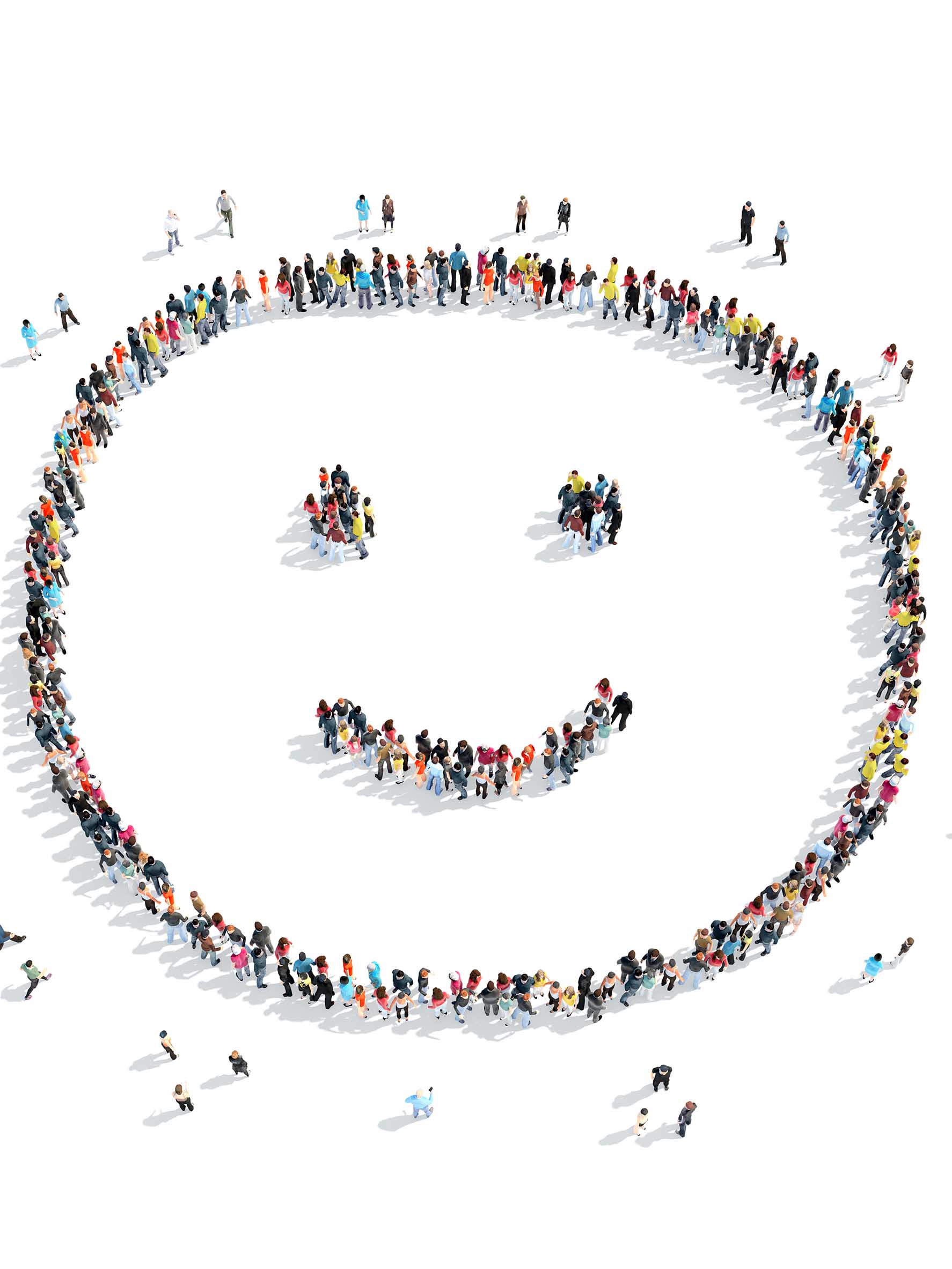 It is easy to understand why many people assume that happiness and health go together. In the last decade, dozens of studies have been published that show that the happiest people experience less depression and stress, have a stronger immune system, a lower heart rate and a longer life.

Researchers have presented basic, irrefutable arguments in favor of the link between happiness and good health, and they continue to analyze if all forms of happiness are really good for our health.  If a person is happy because his or her favorite team won the championship final, does that happiness produce the same health benefit as helping a friend that is going through a hard time?

Scientific evidence suggests that positive emotions can help make a longer, healthier life. But fleeting positive emotions do not appear to be sufficient. Lowering stress levels for a few years with a positive perspective and relaxation techniques is likely to lower the risk of health problems. Still, it appears to take enormous effort to reach this evasive happiness.  Happiness could make your life longer and healthier, they tell us. But positive emotions have to be around for the long run. How?

Positive psychologists use the term happiness to refer to that subjective feeling of wellbeing, which at the same time requires a relative lack of negative feelings such as anger, sadness and fear. In recent years, mental health institutions and psychologists have focused on guiding people to live a satisfied life and find a purpose in life.

Other studies suggest that the general level of happiness is determined, at least in part, by genetics. They say that although it fluctuates according to circumstances, the majority of people return to their family level of satisfaction. Nevertheless, we know that genes are only one part of the story.

Even a highly hereditary physical characteristic, like height (90%), can vary up or down because of environmental factors like good or bad nutrition. In the case of happiness, with a much lower probability of heredity, the margin for variation based on life circumstances is much greater.

Positive psychologist Sonja Lyubomirsky of the University of California, Riverside, and her colleagues estimate that out of all the population, 50% of happiness is genetic, 10% depends on circumstances (work, home, relationships, etc.) and 40% is under the control of each individual. This proportion can obviously vary according to each individual. 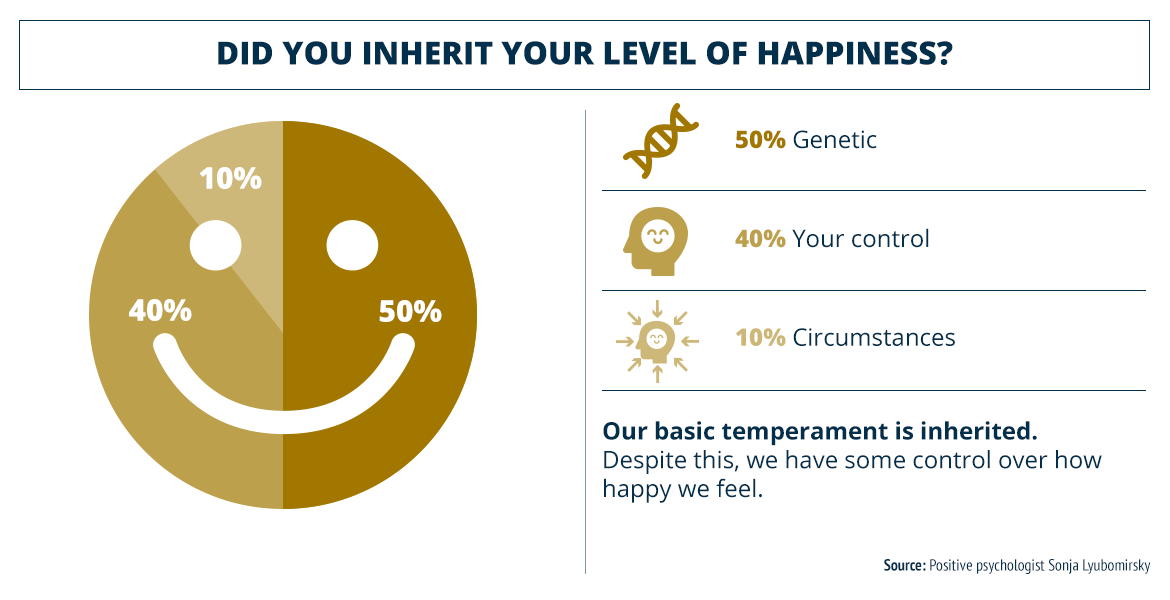 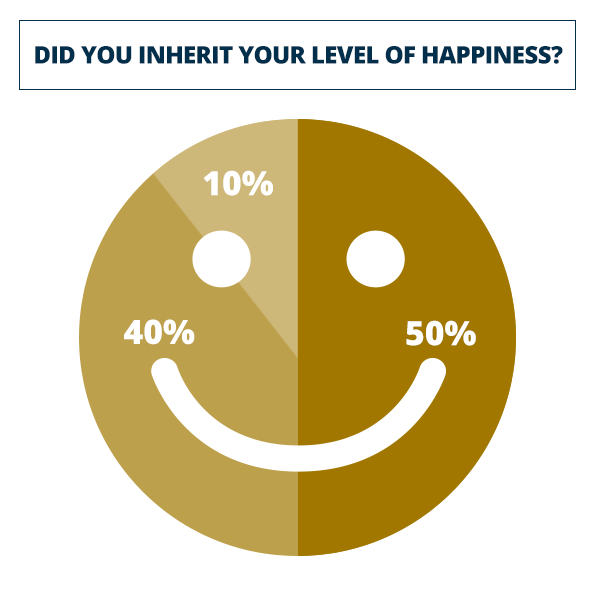 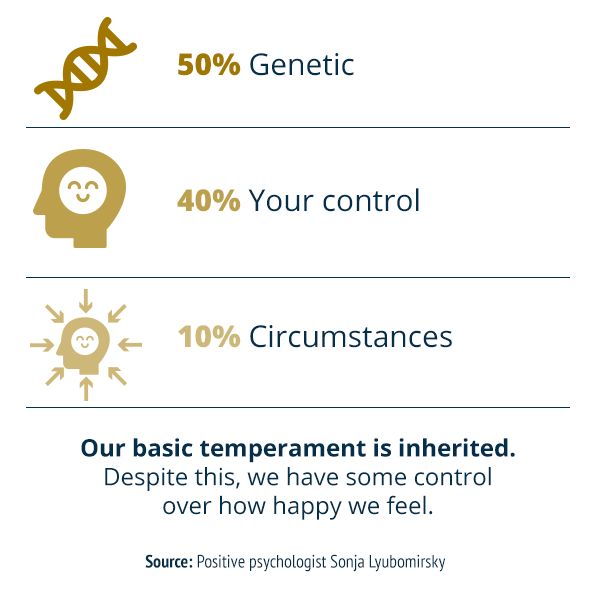 During an early stage of positive psychology research, University of Pennsylvania psychologist Martin Seligman and Christopher Peterson of the University of Michigan chose three routes to examine. Through focus groups and tests on hundreds of volunteers, they concluded that each of these paths contributed to being satisfied with life and reaching a state of happiness.

Feeling Well. Searching for pleasant sensations and emotions through the hedonist model of happiness presented by Epicurus which focused on reaching happiness by maximizing pleasure and minimizing pain.

Fully Participating. Doing activities that fully involve a person. Studies proved that people feel most satisfied when they are totally immersed and concentrated on what they are doing.

Doing Good. Seeking the purpose of life beyond oneself, going back to the notion of Aristotle's eudaimonia, that state of satisfaction and happiness that arises from knowing one's true self and acting according to its virtues. Through focus groups and tests on hundreds of volunteers, they found that each one of these paths individually contributes to satisfaction with life.

Happiness comes from doing good or fulfilling a purpose in life that can be better than the happiness that comes from self gratification or the search for momentary, instant gratification, like buying a new car, watching a movie that we like or going on vacation. However, it is possible that even those momentary joys play an important role in happiness and health in the long term.

The initial results of a recent study prove that people can make small changes in their thought patterns to help themselves experience more joy. Short-lived happiness is a common phenomenon these days. But if we live more joyfully those fleeting moments can leave a deeper emotional positive footprint in the brain.

Positive emotions have been related to better health, a longer life and greater wellbeing in numerous scientific studies.