It’s safe to say that consumers have never been as savvy and well-informed as they are now. After all, we are living in the golden age of information, always only a click away from expert sources, verified reviews, and news headlines updated in real time. When it comes to shopping, we consider ourselves fully evolved: fast, sharp, educated primates equipped with the animal kingdom’s strongest bargain radars and scam detectors.

But there’s one particular product category that continues to perplex even the most seasoned buyer: cosmetics. Whether it is lotion, cologne, deodorant, makeup, or shampoo, men and women use some type of cosmetic every day. But most consumers rarely look at the ingredient lists for these types of products. And if they did, they would probably be completely confused. This is because these ingredients are largely not household names, and because cosmetics companies use clever marketing strategies to fool their buyers into thinking that what they’re buying is both effective and harmless, stamping their labels with words like “organic” and “hypoallergenic”—claims that they are not legally required to support. 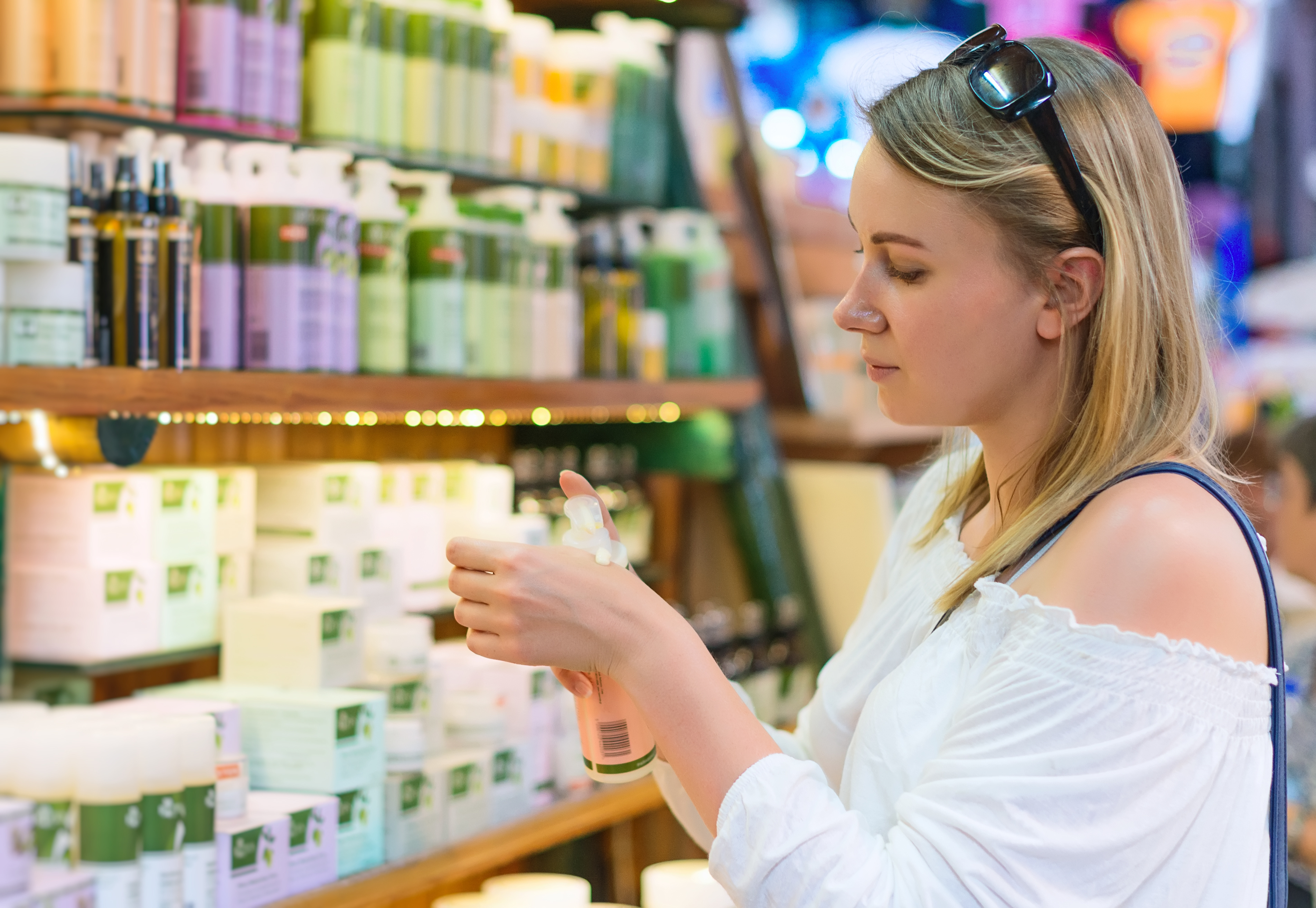 As a result, we are unknowingly and regularly using haircare, skincare, and other products loaded with a host of ingredients that are unsafe (or the safety of which is uncertain.) According to a 2004 personal care product use survey of more than 2,300 people conducted by Environmental Working Group (EWG) and a coalition of public interest and environmental health organizations,12.2 million adults in the United States are exposed daily to ingredients that are known or probable human carcinogens through their use of personal care products.

The potential side effects of ingredients considered harmful range from mild to serious, but one thing is sure: there is not nearly enough regulation or accountability. What follows is a short guide on how best to stay informed and at the same time avoid some of the most common toxic ingredients.

Cosmetics Versus Drugs (Versus Soap)

At this point you may be asking yourself, “What even is a cosmetic?” The answer isn’t obvious, and it might surprise you. The U.S. Food and Drug Administration (FDA) determines whether a product is a cosmetic based on its intended use, and provides a general definition of cosmetics as intended for “cleansing, beautifying, promoting attractiveness, or altering the appearance.” Some products may be considered both cosmetic and drugs if they have uses related to the cure or treatment of a condition (such as a fluoride toothpaste that doesn’t just claim to whiten teeth, a purely esthetic purpose, but is also meant to help prevent cavities.) 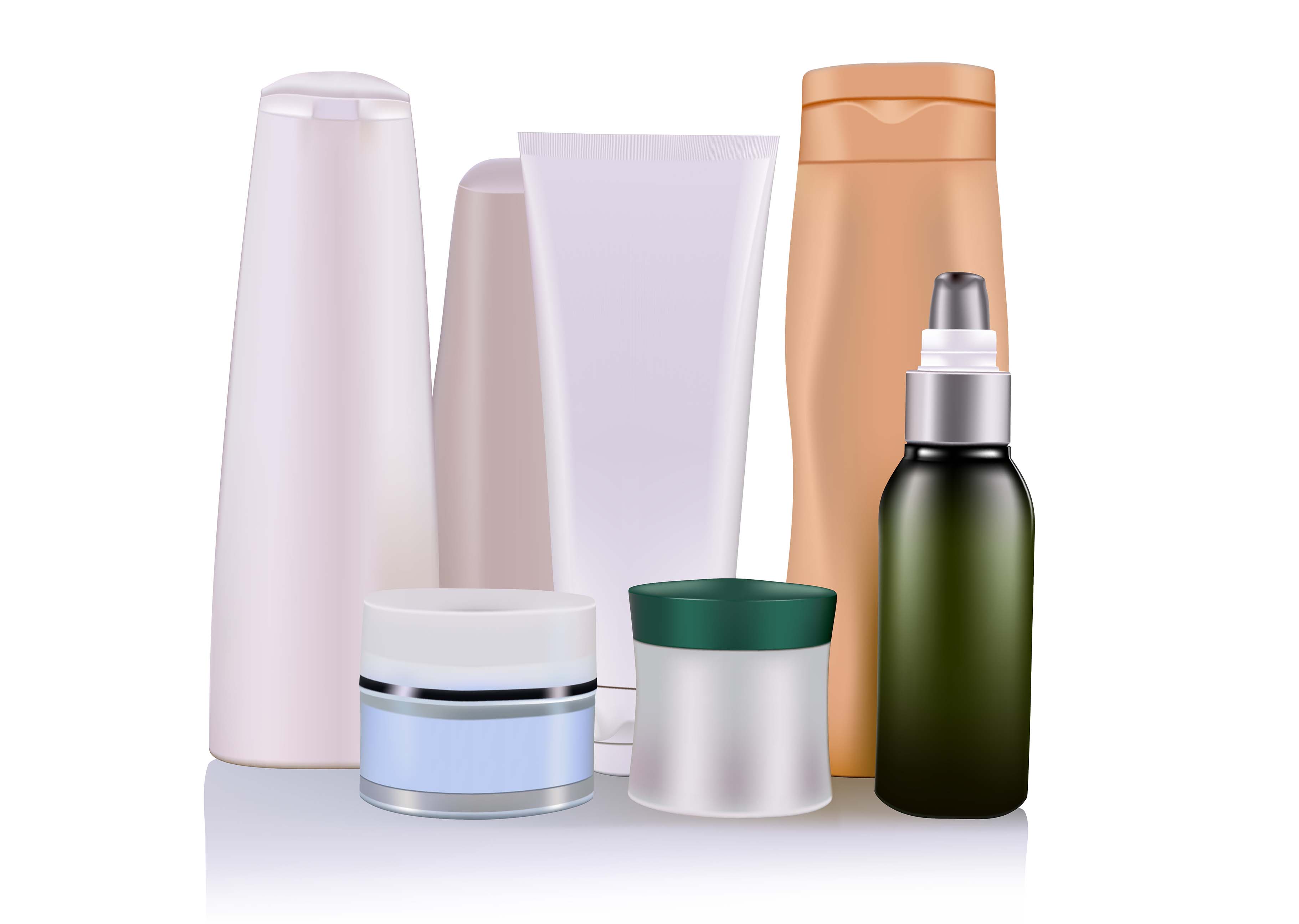 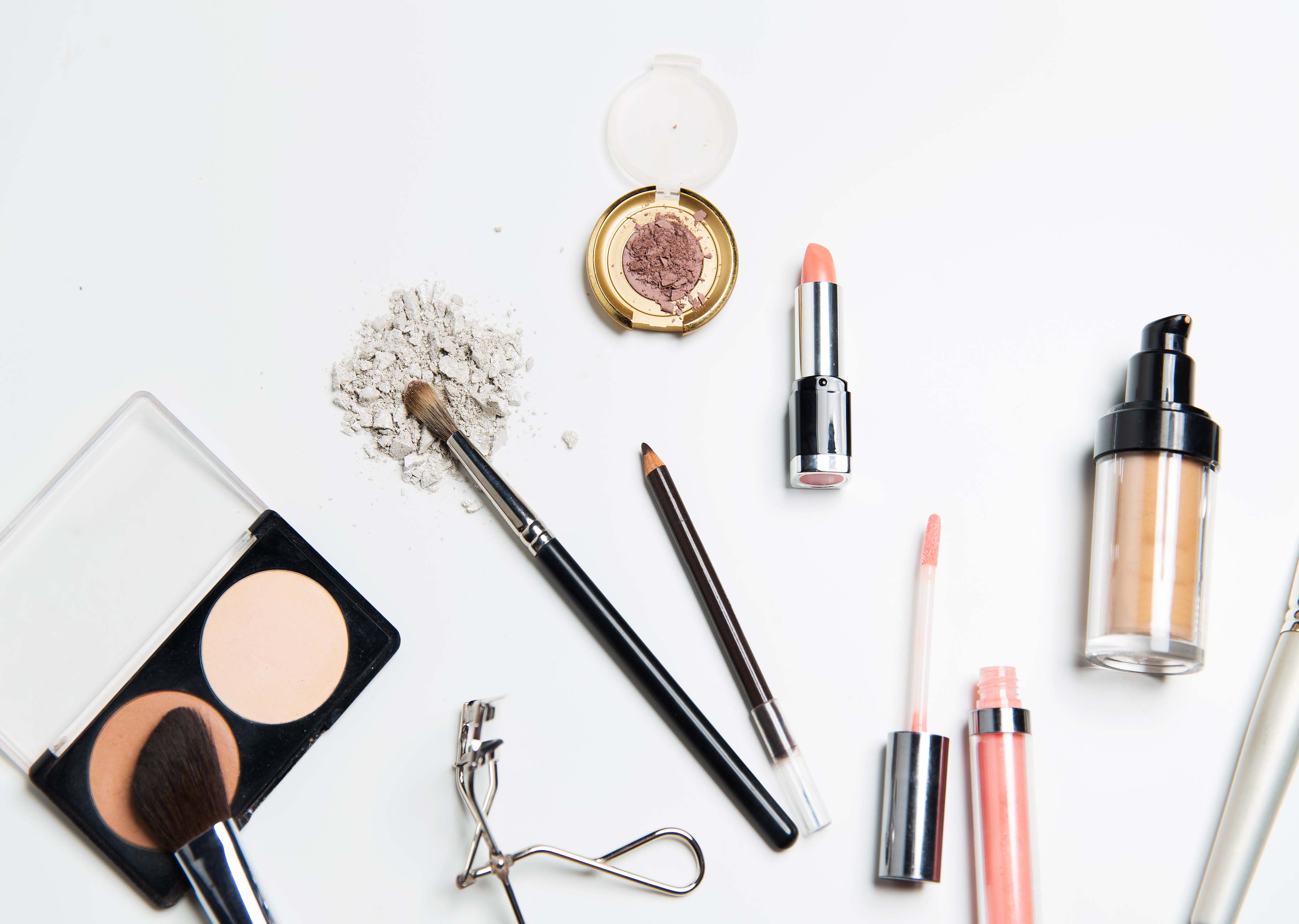 The outlier is soap (when it consists primarily of an alkali salt of fatty acids and is labeled, sold, and represented only as soap), which is not considered a cosmetic and is regulated by the Consumer Product Safety Commission (CPSC).

Although both drugs and cosmetics are technically under the umbrella of the FDA, cosmetics companies—unlike drug manufacturers—are not required to meet the same standards for safety. In fact, labelling requirements for these companies are surprisingly lenient and, perhaps most disturbingly, they are not legally obligated to report health complaints sent by consumers. In 2014, the FDA finally investigated the hair products company Wen Hair Care after it received 127 complaints from consumers who experienced hair loss after using their conditioners. The FDA’s investigation revealed that the company had received a whopping 21,000 complaints from its consumers, according to a research letter published in The Journal of the American Medical Association (JAMA) in 2017. 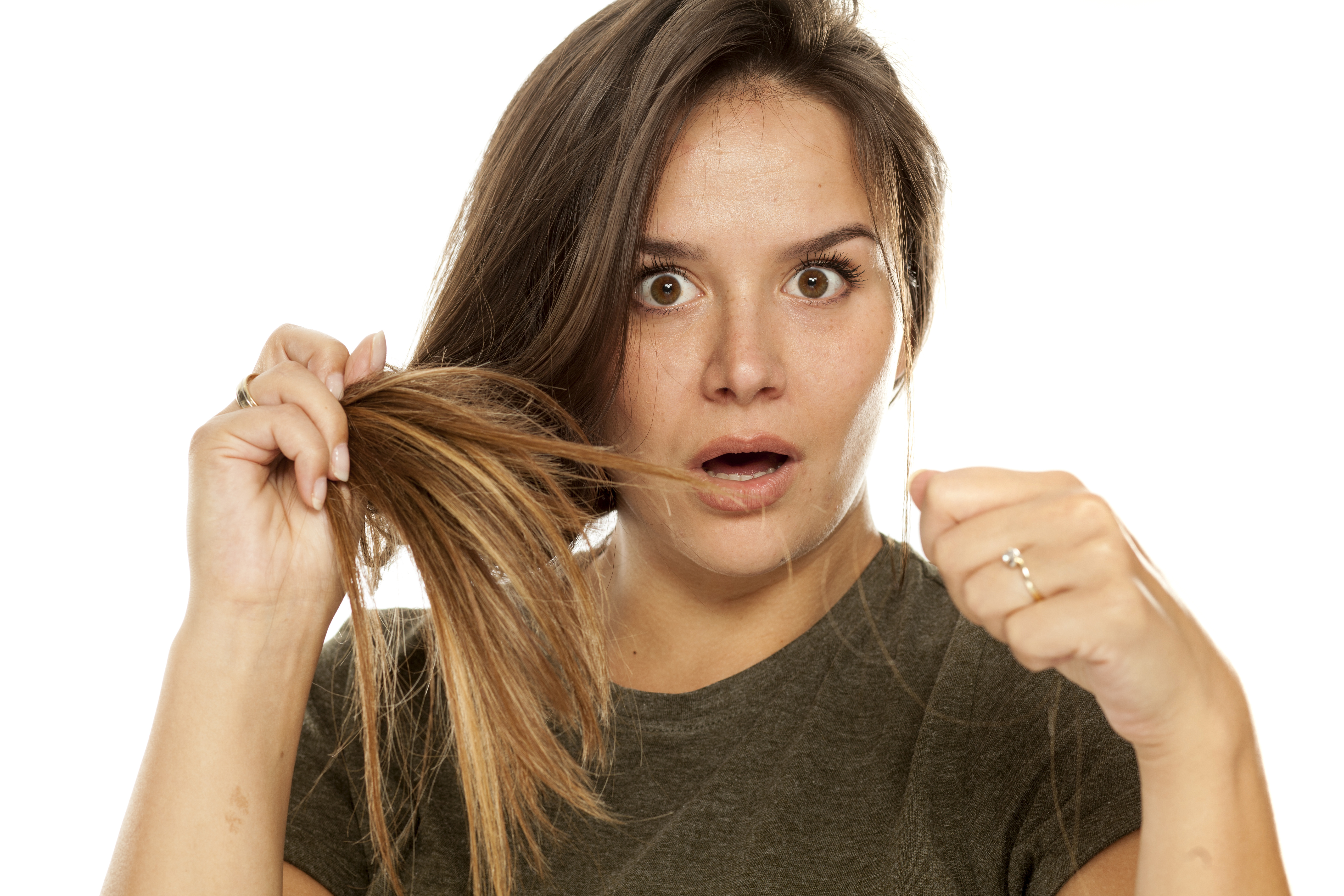 Compared to Europe, the U.S. is much less strict about what goes into cosmetics: as of 2009, the European Union has banned 1,328 chemicals from cosmetics, while the U.S. list includes a grand total of 30. And because FDA regulates cosmetics only based on direct reports from consumers to the agency (not the company), cosmetic companies in the U.S. usually go under scrutiny after a health crisis has already occurred or an adverse effect has been identified; in other words, when it is already too late.

“Even for products that are regulated, like sunscreen, the FDA is dangerously lax about what ingredients they allow—very rarely if ever do they ban an ingredient, even if there is evidence that it is harmful,” explains Nina Zilka, founder of the hair and skincare company Alder New York, a brand committed to creating products that are truly “clean” of toxic ingredients. This is why it’s so important for consumers to do their own research and know what ingredients to look out for on the (often impossibly complicated) product labels. 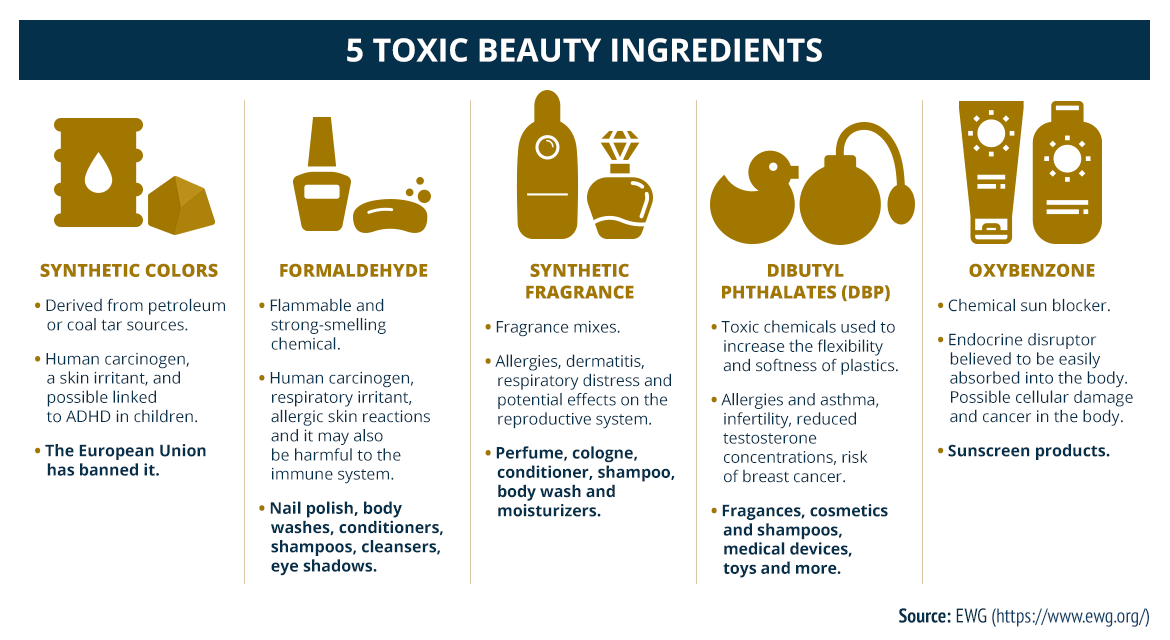 Zilka lists oxybenzone, a chemical sun blocker regularly found in sunscreen, in her list of top three ingredients to look out for on labels and avoid at all costs. “Oxybenzone is a known hormone disruptor, which is already enough to make it on to the list. It’s also becoming hugely damaging to coral reefs, so much so that Hawaii just proposed a bill to ban it,” Zilka explains. “Of course, sunscreen lobbyists are fighting the bill, because a ban on oxybenzone would mean they’d have to spend millions to reformulate their toxic products.” When prepping for a beach day, it’s best to look for sunscreens that have zinc oxide and titanium dioxide as their active ingredients.

Zilka flags two other ingredients as particularly dangerous: synthetic fragrance, which shows up on labels as “fragrance” or “parfum,” and Triclosan, an antibacterial present in sanitizers and toothpastes. “The problem with synthetic fragrance is that legally, companies do not need to list the individual ingredients that make up their fragrance,” warns Zilka. “So when you see ‘fragrance’ or ‘parfum,’ you don’t actually know what that means.” They can often contain phthalates, a group of chemicals used in plastic that have been linked to some types of cancer, among other adverse events. In lieu of synthetic fragrance, look for products that list essential oils or are completely unscented.

“Triclosan is a known hormone disruptor, and its ubiquity makes it even more dangerous because of repeated exposure,” adds Zilka. If you see it on a label, “put that product on the Do Not Use list.”

The list of substances to avoid is not limited to these three ingredients. Zilka recommends consulting nonprofit, nonpartisan, consumer advocate groups such as the Environmental Working Group (EWG). Their Skin Deep database is a great resource, rating ingredients on a safety scale from 1 to 10.

Finally, if you experience any adverse effects, make sure to report them to the FDA or the equivalent agency in your country. In the case of the FDA, detailed instructions on how to submit a complaint can be found here. Remember, reporting an issue to the manufacturer of the product rarely helps. You must send complaints through a governmental agency—it’s the only way a toxic ingredient or substance can be restricted or banned.

Sources:
S. Food and Drug Administration, “Is It a Cosmetic, a Drug, or Both? (Or Is It Soap?)”, Centers for Disease Control and Prevention (CDC), National Report on Human Exposure to Environmental Chemicals (Updated March 2018), JAMA, Adverse Events Reported to the US Food and Drug Administration for Cosmetics and Personal Care Products, Environmental Working Group (EWG), “The Trouble with Ingredients in Sunscreens,” https://www.ewg.org/sunscreen/report/the-trouble-with-sunscreen-chemicals/#.W04EsdhKhE4, Breast Cancer Prevention Partners (BCPP), “Phthalates”