In 2020, for the first time in history, the world had more people over the age of 65 than under the age of 5, and by 2100, the number of people over the age of 80 is projected to increase sixfold. This is partly due to advances in medicine, health technology, and pharmacology, which have succeeded in extending life expectancy to limits that were impossible to imagine just a few decades ago.

Latin America reflects this trend, though at a slower rate than the United States and Europe: In the region, 8% of the population is over 65, compared to 16.9% in the USA and 18% in Europe. However, this percentage is expected to double by 2050.

While living longer does not necessarily mean that people are in good health or have a high quality of life, longer life expectancy is something to celebrate, even if it presents enormous challenges.

As the age of the population increases, so does the scientific work to understand this biological process. Experts in aging medicine argue that the aging process is neither inexorable nor predetermined, and can be slowed and even reversed through a variety of approaches. These include activating the body's defenses against aging, eliminating senescent cells (cells that are aged but still active and releasing harmful substances that cause inflammation), and reprogramming cells in vivo. Doing so could help treat both rare and common illnesses, including mitochondrial diseases, type 2 diabetes, Alzheimer's disease, cardiovascular disease, and cancer.

One theory that has gained ground focuses on the link between mitochondrial malfunction and aging. Mitochondria are the cell bodies that generate the energy a cell needs to function properly. If they fail, a chain reaction occurs that damages DNA, fats, and proteins, resulting in age-related changes.

While these and newer investigations advance in the laboratory field, specialists say there are other factors related to our organism’s abilities that decline naturally over time and should be considered:

Muscle mass and coordination. Blamed for falls that can seriously deteriorate one’s health, chronic conditions, and even early admission to nursing homes, loss of muscle mass — known in medical jargon as sarcopenia — affects 5 to 13% of people in their early 60s to late 70s and can rise to 50% among older groups. One of the most important causes of reduced strength and coordination is simply a lack of physical activity. There is a myth that as a person gets older, it’s acceptable to engage in  less exercise, but the opposite is true. Among the activities that keep muscles healthy are: 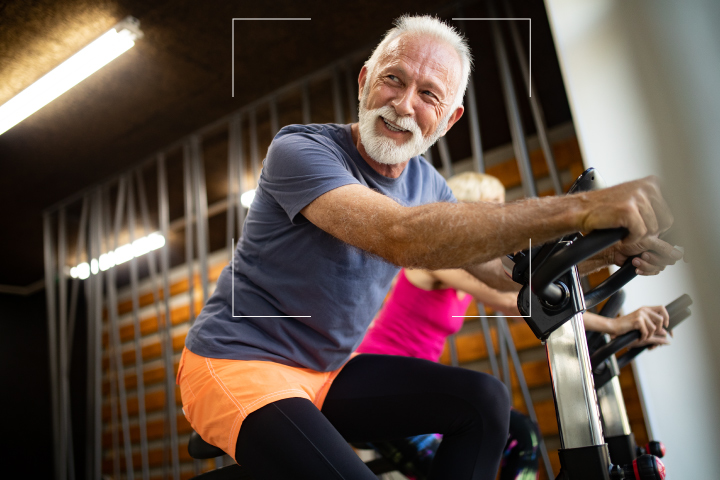 Eyes and vision. Time impacts the quality of the eyes and vision. We lose the ability to see up close, to distinguish colors such as blue from black, to see at night, or to adapt quickly to changes in light levels. These problems usually improve by wearing glasses or contact lenses and using the right light for work or home activities. In addition, this list can serve as a reminder to help your eyes live a long, healthy life:

Memory and brain function.  When we think of aging, the brain is one of the first organs that come to mind. Keeping the brain active is almost a universal motto to ward off the ghosts of old age, keep memories intact, and prevent conditions such as Alzheimer's. Other recommendations include:

And on the subject of  stress, today's seniors face enormous pressures, all of which affect the way they age. Retirement, reduced savings due to financial crises, rising healthcare costs, and even high divorce rates put older adults' quality of life at risk.

Partly a natural process of human evolution, partly an achievement of science, the growth of our older population has generated a domino effect on elderly care spending, from pensions to health care, resulting in strained health systems, especially in highly vulnerable regions. In this context, the joint work of governments and community entities can make a huge difference in the quality of life of the elderly, helping them access care services and maintain a social role in their community and avoiding some of the principal concerns of old age: loneliness and isolation.

Remember, always consult with your physician or health care professional to determine the best options for your body and health and to answer any questions you may have regarding any medical matter.