In August 2020, news broke of the death of actor Chadwick Boseman, known for his role as Marvel’s Black Panther, at the age of 43 from colon cancer. Suddenly, the prevention and early detection of this illness — concerns that had long been on the minds of healthcare providers — entered the mainstream conversation.

The numbers speak for themselves. Colon or colorectal cancer is the fourth most common type of cancer in Latin America and the Caribbean, with more than 128,000 diagnoses in 2018. In the United States alone, 106,000 new cases and 44,850 deaths from the disease are projected for 2022.

In the Latin American region, colon cancer incidence levels in Argentina, Uruguay, and Brazil are similar to those in the US and Canada. In Mexico, the illness is the leading cause of cancer death.

Men have one to two times higher colorectal cancer rates than women.

As is the case with numerous conditions, the early symptoms of colon cancer might resemble those of many common illnesses. They can include persistent abdominal discomfort, a feeling of fullness, gas, weakness, and fatigue, all easily attributed to an indulgent meal or even daily stress. These symptoms, however, are a sign for you to schedule a doctor’s appointment.

At What Age Should You Get a Colonoscopy?

Colonoscopies are a critical tool for early detection.

In the US, health organizations are now in agreement that individuals should get their first colonoscopy at the age of 45 (it was previously 50), but if a patient has a family history of this type of cancer, a doctor could request one earlier. That could also be the case if a person suffers from inflammatory bowel disease, such as ulcerative colitis or Crohn’s. 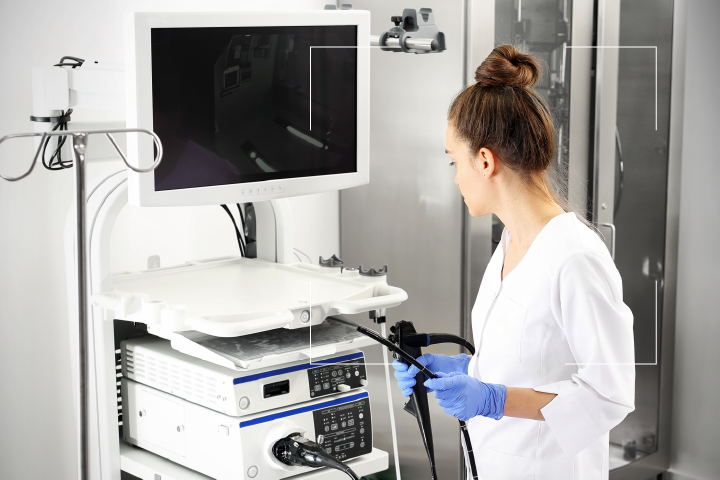 If so, colonoscopies could be performed every one to two years.

Patients with genetic risk factors should also begin screenings before their 45th birthdays. Five percent of people who develop colon cancer are found to have inherited gene mutations that cause hereditary syndromes which in turn lead to the development of this type of cancer. Among the most common is Lynch syndrome, also known as hereditary non-polyposis colorectal cancer.

Although genes can play a determining role in the onset of colon cancer in young adults, scientists are still researching the causes for the appearance of this disease at a young age.

A lack of access to these tests is precisely the reason why a high percentage of colon cancer diagnoses in the region are made when the disease is already at an advanced stage, making it harder to treat. And even with successful treatment, a late diagnosis can lead to cancer recurrence, the term for the return of malignant cells.

Experts agree that colon cancer is highly preventable. The key lies in a series of actions involving the healthcare system, individuals, and our collective society. Colon cancer prevention strategies are divided into three levels: