The numbers are staggering: in 2018, there were over two million new cases of breast cancer and 627,000 deaths from this cause worldwide. The incidence of breast cancer also increased, due in part to longer life spans and certain lifestyle habits. At the same time, science and technology have made significant headway on prevention, the most successful long-term strategy for lowering the risk of cancer.

Breast cancer is the most common type of cancer in women throughout the world, and it is becoming more prevalent, especially in developing countries where the majority of cases are diagnosed in later stages. In the United States and the rest of the Americas, approximately one in eight women will have breast cancer during their lifetime, independently of race or ethnicity, per data from the Office on Women's Health. It is also the most frequent cause of death by cancer among Hispanic women, according to statistics from the Centers for Disease Control and Prevention (CDC).

During the month of October, the groups and organizations striving to lower these statistics amplify their efforts, working to reach and educate as many people as possible on the importance of early detection—the key to breast cancer risk management, in addition to certain lifestyle changes.

Can We Prevent Breast Cancer?

The answer is harsh: there is no sure way to prevent breast cancer, states the American Cancer Association. But there are things we can do to lower risk. These can be especially beneficial for women with a strong family history of the disease or certain genetic alterations. The main reason for this is that breast cancer responds to several risk factors that cannot be avoided. Among them are the following: 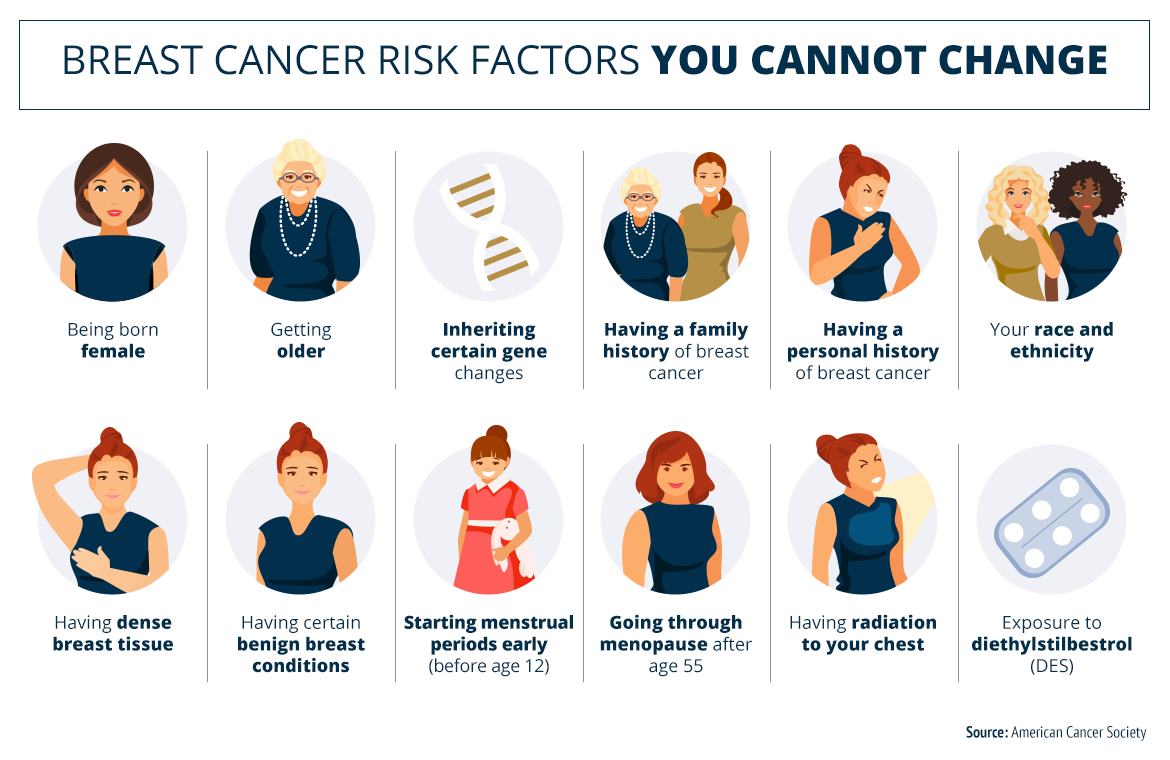 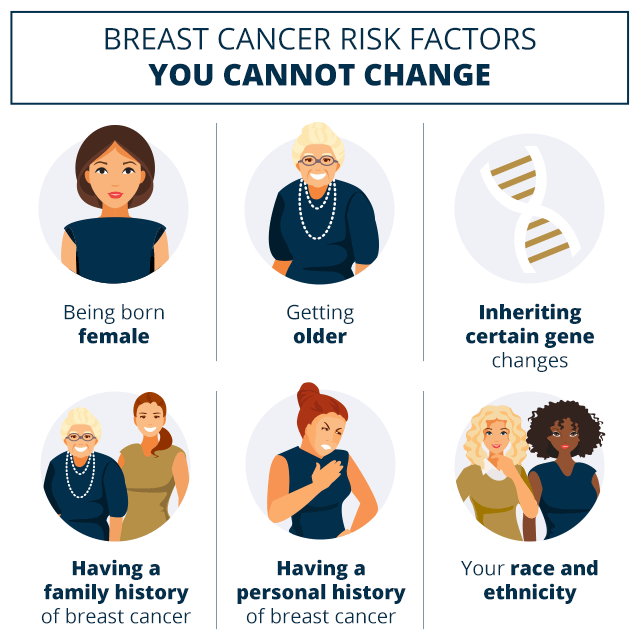 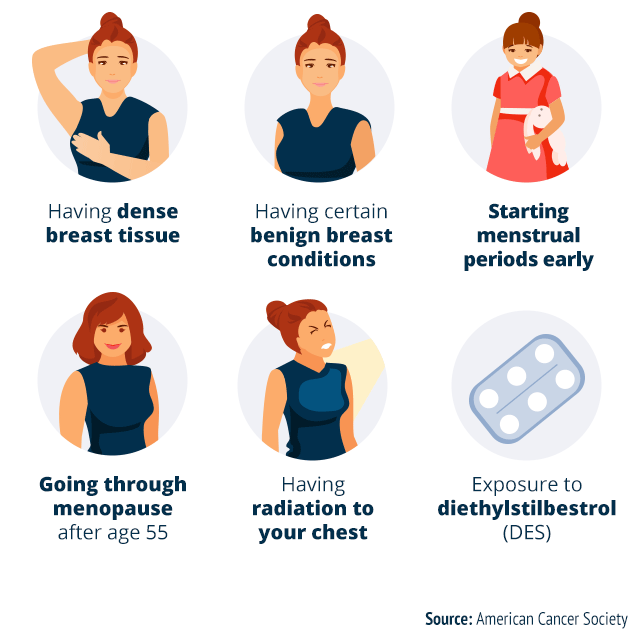 In addition to personal and family history, other risk factors have been identified, including leading a sedentary lifestyle, being overweight, smoking, consuming alcohol, being exposed to carcinogens, and having a pregnancy after the age of 30 and not breastfeeding.

That said, when it comes to breast cancer, there are no guarantees. Some women develop it without having any of the risk factors mentioned above—and vice versa—and, although most cases are detected in people over 50 years of age, younger women are not exempt: those under 45 can get it, too.

This reality might seem rather bleak and discouraging. However, early detection is the most valuable tool we have at our disposal to battle breast cancer.

How to Reduce Risk

We still don’t know enough about the causes of this type of cancer, and as a result, as previously stated, early detection remains the principal way to reduce risk. When breast cancer is detected early, and with the help of an adequate diagnosis and treatment plan, the chances of curing the disease are good. The challenge is identifying cancerous cells in the earlier stages. If detected quickly, a diagnosis can be reached immediately and appropriate treatment can begin as soon as possible; this translates to a higher probability of being cured, and consequently a better chance of survival.

Screening tests are the key to diagnosing cancer early. Having these periodic check-ups is the most reliable way of discovering cancer in its first stages, which is also when treatment is the most effective.

Out of these tests, mammograms are the most important. These are X-ray images of the breast that can “see” cancer in an early stage, before it has caused symptoms such as the lumps and bumps that can be felt, for instance.

Among women who are diagnosed with cancer, those who get regular mammograms have smaller tumors and are less likely to have their cancer spread outside of the breast or require aggressive treatments such as a mastectomy (removal of the breast) and chemotherapy; they are also more likely to be cured.

To achieve an early diagnosis, the American Cancer Association suggests that women who have an average risk of developing cancer—those who are between the ages of 40 and 44—should start having a mammogram every year. However, between the ages of 45 and 54, this annual exam becomes a must, not just a suggestion. After the age of 55, a mammogram can be done every two years.

In the case of women who have a high risk of developing cancer (those with a family history or mutations in the BRCA1 and BRCA2 genes) should have annual mammograms as well as MRIs (breast magnetic resonance imaging) starting at age 30. It’s important to keep in mind that MRIs are a complement to a mammogram, not a replacement. A specialist can determine the best and most suitable detection plan for each specific patient.

Other tests that have proved useful in detecting breast cancer include breast ultrasounds, which produce detailed images of the interior of the breast using sound waves; and biopsies, which consist in removing tissue or liquid from the breast for analysis. A doctor can determine if this latter type of study is necessary, usually based on their findings from images and a patient’s family history.

It is certainly true that there is no surefire way to prevent breast cancer, given that so many risk factors are out of our control—most significantly, being a woman and getting older. However, there are other factors, such as those associated with our eating habits and physical activity, that we do have control over and that we can change to reduce our risk. All women, not only those considered at risk, should be conscious of the fact that a sedentary lifestyle, overweight, and alcohol consumption can increase their chances of developing breast cancer. But at least, these can be managed.

Remember, always consult with your physician or other qualified health care professional to determine the best options for your body and health and to answer any questions you may have regarding any medical matter.