For millions of people the idea peaceful night’s sleep is literally just a dream.

For millions of people the idea peaceful night’s sleep is literally just a dream. 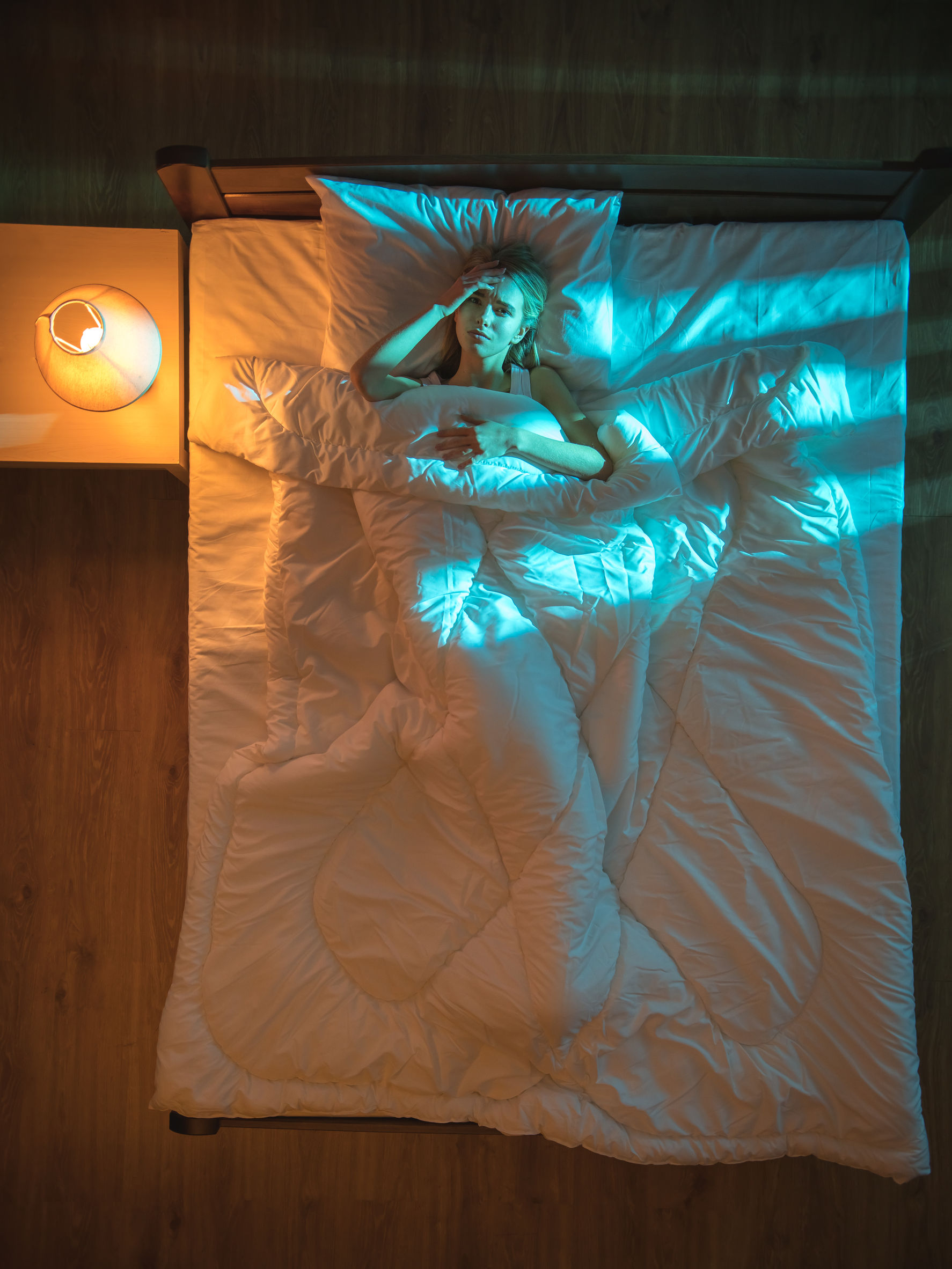 In a perfect world, we would get home from a long day at work and fall asleep as soon as our head hit the pillow, enjoying a deep and restful slumber until our alarm clock woke us up the next morning. For many people, this is—no pun intended—a dream. Millions of us lay awake at night, unable to fall asleep. The World Association of Sleep Medicine (WASM) states that sleep troubles are a global epidemic that “threatens the health and quality of life of more than 45% of the world’s population,” across all age groups. Among adults, insomnia affects women more frequently than men, and the prevalence of sleep disorders tends to increase with age.

While many have trouble falling asleep, others experience “maintenance insomnia.” In other words, they struggle to stay asleep, waking up during the night and therefore not getting enough rest. Insomnia is the most common sleep disorder, and it is characterized by an inability to sleep or by a very light sleep.

Getting enough sleep is as important for our bodies as eating right, exercising, and having good dental hygiene. Lack of sleep not only makes it more difficult to get through the day, but is also associated with health conditions ranging from diabetes and high blood pressure to a higher risk of heart attack. Our bodies are so dependent on sleep that a shortage of zzz’s could make it easier to catch the flu or common cold.

While sleeping, a normal person cycles through two categories of sleep every 90 minutes. There are four stages in the first category, each increasingly deep: muscles become relaxed, cardiac frequency and breathing slow down, and body temperature drops. The final stage is where physiological changes that support the immune system take place.

Dreaming happens in the second category of sleep, called REM (Rapid Eye Movement). Body temperature, blood pressure, cardiac frequency, and breathing can reach waking levels. According to scientists, REM sleep improves memory and cognition processes, and contributes to emotional health. Recent studies have supported and expanded the associations between REM sleep and mental health, finding that sleeping badly or unstably during the REM phase can affect our ability to face emotional stress and augment our risk of depression and chronic anxiety.

Scientists have much ground to cover in terms of understanding the mechanisms of sleep, but they know with certainty that interrupted sleep can affect stress hormone and neurotransmitter levels and cause brain damage, disrupting emotional regulation and thinking processes. Insomnia can also amplify the effects of psychiatric disorders, and vice versa. 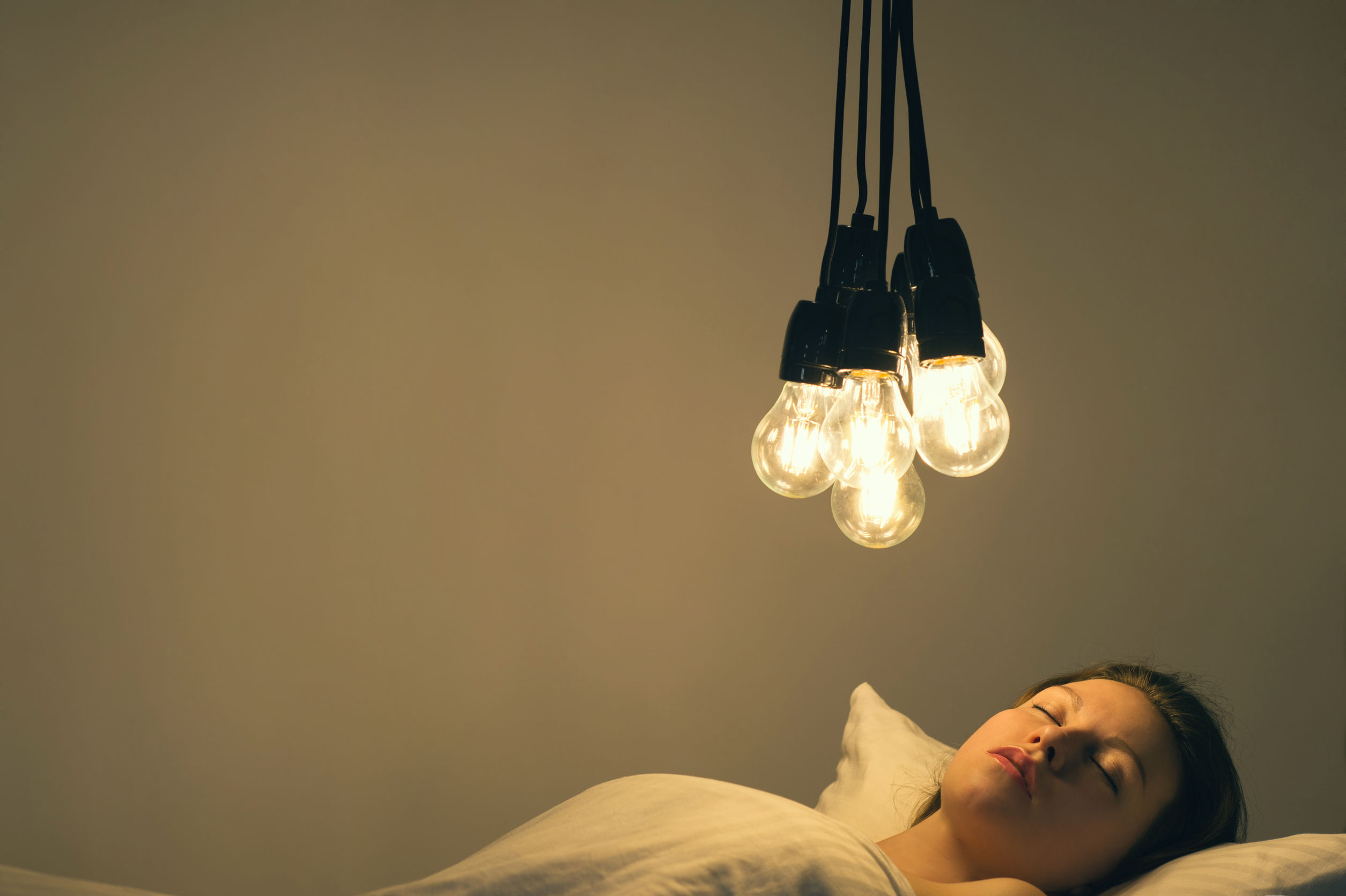 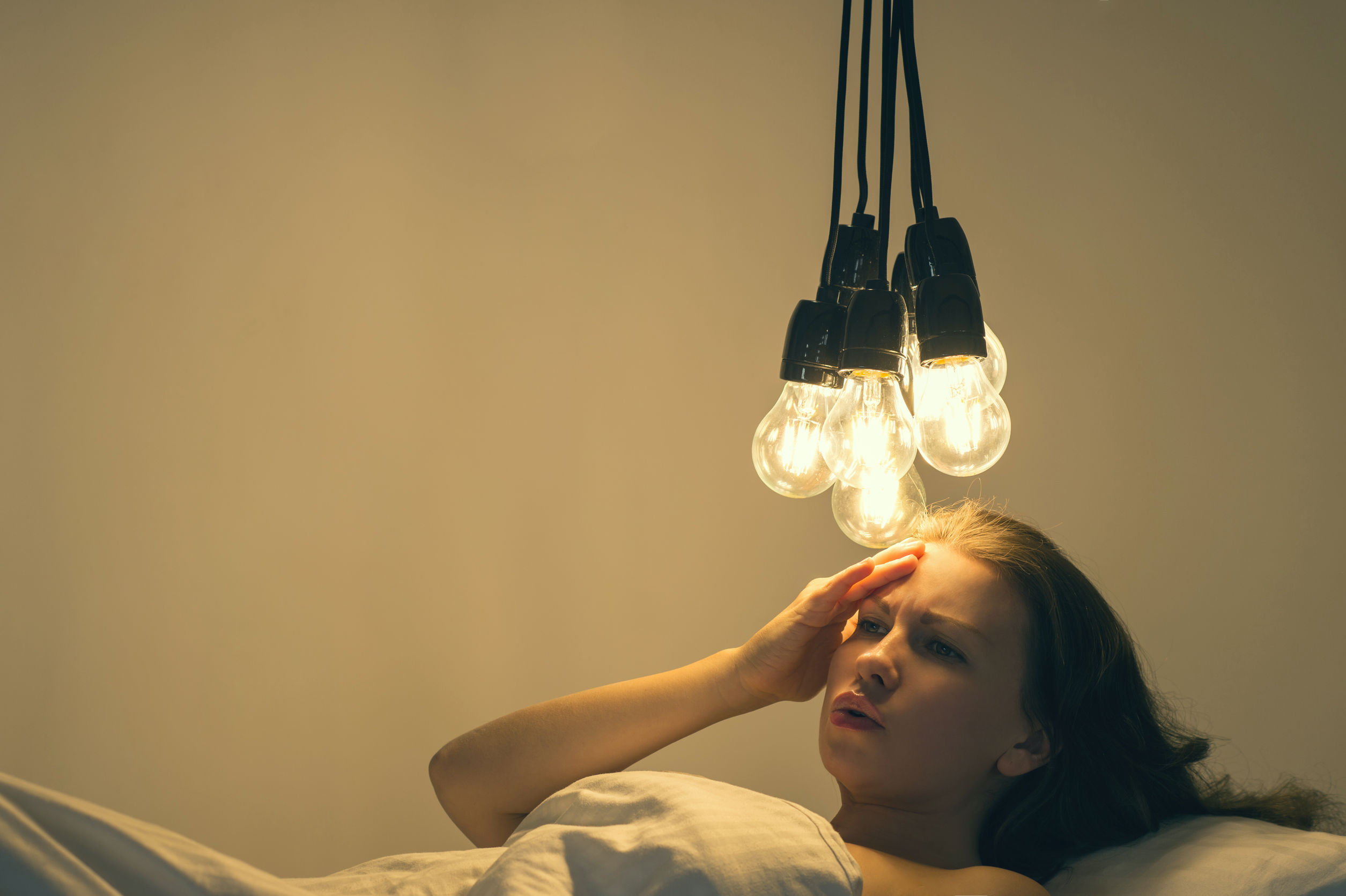 Why can’t I sleep?

Each of us has our own reasons for experiencing sleep troubles, usually related to factors such as stress, anxiety, and depression. There is no doubt that certain mental disorders can make sleep issues worse.

However, in many cases the cause of insomnia is not a serious or longstanding condition but rather daily lifestyle habits that can be easily modified. Your sleep schedule, the time you spend with your devices , diet, and alcohol consumption during waking hours can directly influence your sleep quality later in the day—and probably more than you realize.

A good night’s sleep is a question of habit

Old habits die hard: we’ve all heard these tips before, but it’s likely that we don’t follow them or don’t believe they truly work. Below are a few reasons why these go-to tactics might actually be the cure to our sleep woes.

People who suffer from frequent or chronic insomnia often resort to over-the-counter sleeping remedies, some of which are not always safe. Pharmaceuticals such as Ibuprofen PM (Advil) or acetaminophen PM (Tylenol), as well as certain cold medicines, contain sleep-inducing agents similar to those found in name brand products advertised as sleep aids.

The active sleep-inducing drug in these medications is none other than diphenhydramine, a decades-old antihistamine that is meant to treat allergies in the short-term but which can, as a side effect, produce sleepiness (Benadryl is an example you may be familiar with.) 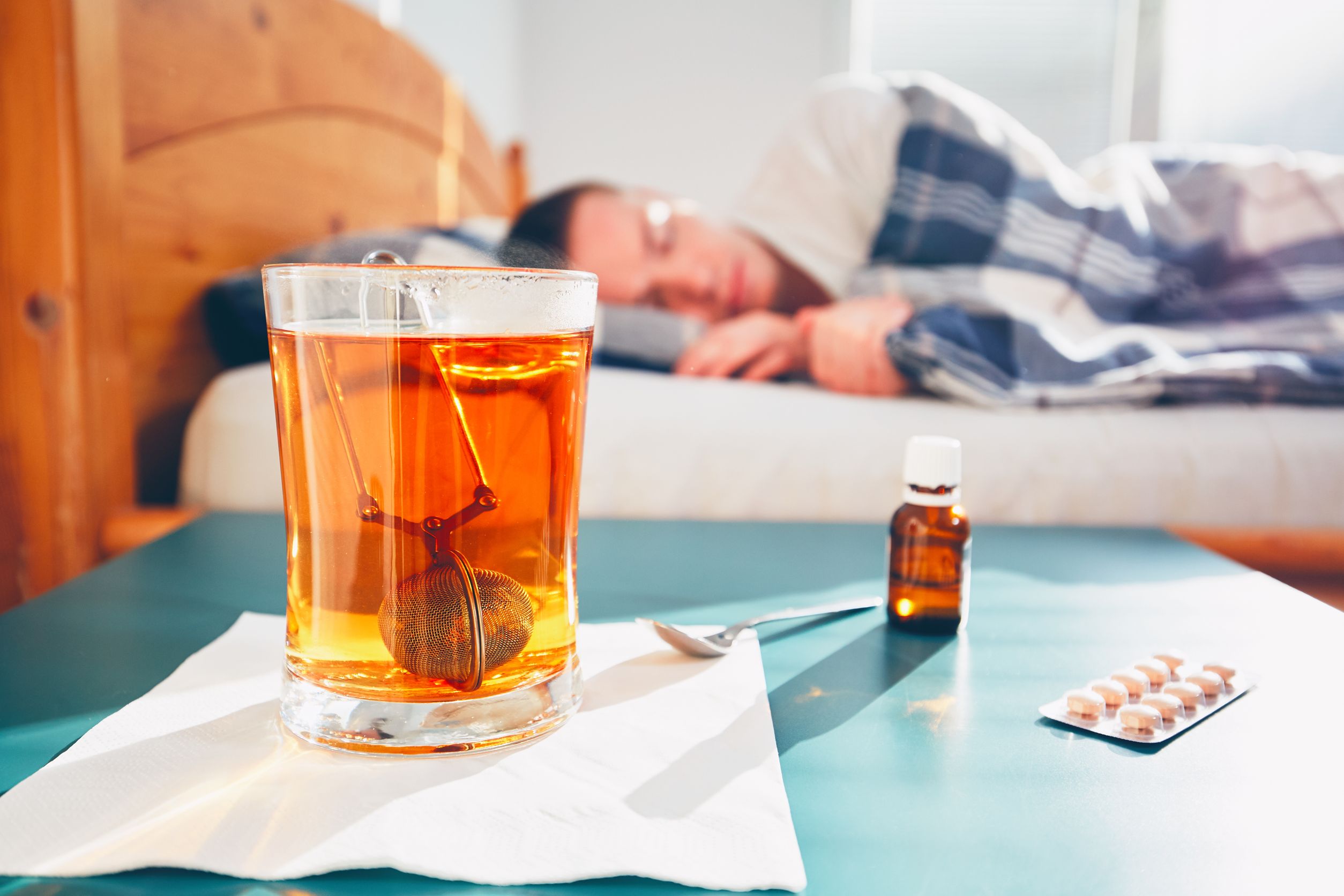 Diphenhydramine can also cause constipation, dizziness, drowsiness during the day, and confusion.

It should not be taken for longer than two weeks. Of greater concern is the prolonged use of antihistamines like diphenhydramine and chlorphenamine, which are associated with an increased risk of dementia and Alzheimer’s, according to a study published by The Journal of the American Medical Association in 2015.

The efficacy of supplements and teas as sleep aids has likewise not been proven, with the exception of synthetic melatonin, which imitates the body’s natural production of the sleep hormone (especially in cases of jet lag or other disruptions in one’s sleep schedule.) Scientific evidence supports melatonin’s ability to reduce the time it takes us to fall asleep, increase our feeling of sleepiness, and possibly extend the duration of sleep if taken 30 to 60 minutes before bedtime.

Linden, lavender, or chamomile infusions can be relaxing, but you shouldn’t expect much more. Valerian tea, however, can ease anxiety and improve sleep quality just as effectively as certain sedatives. 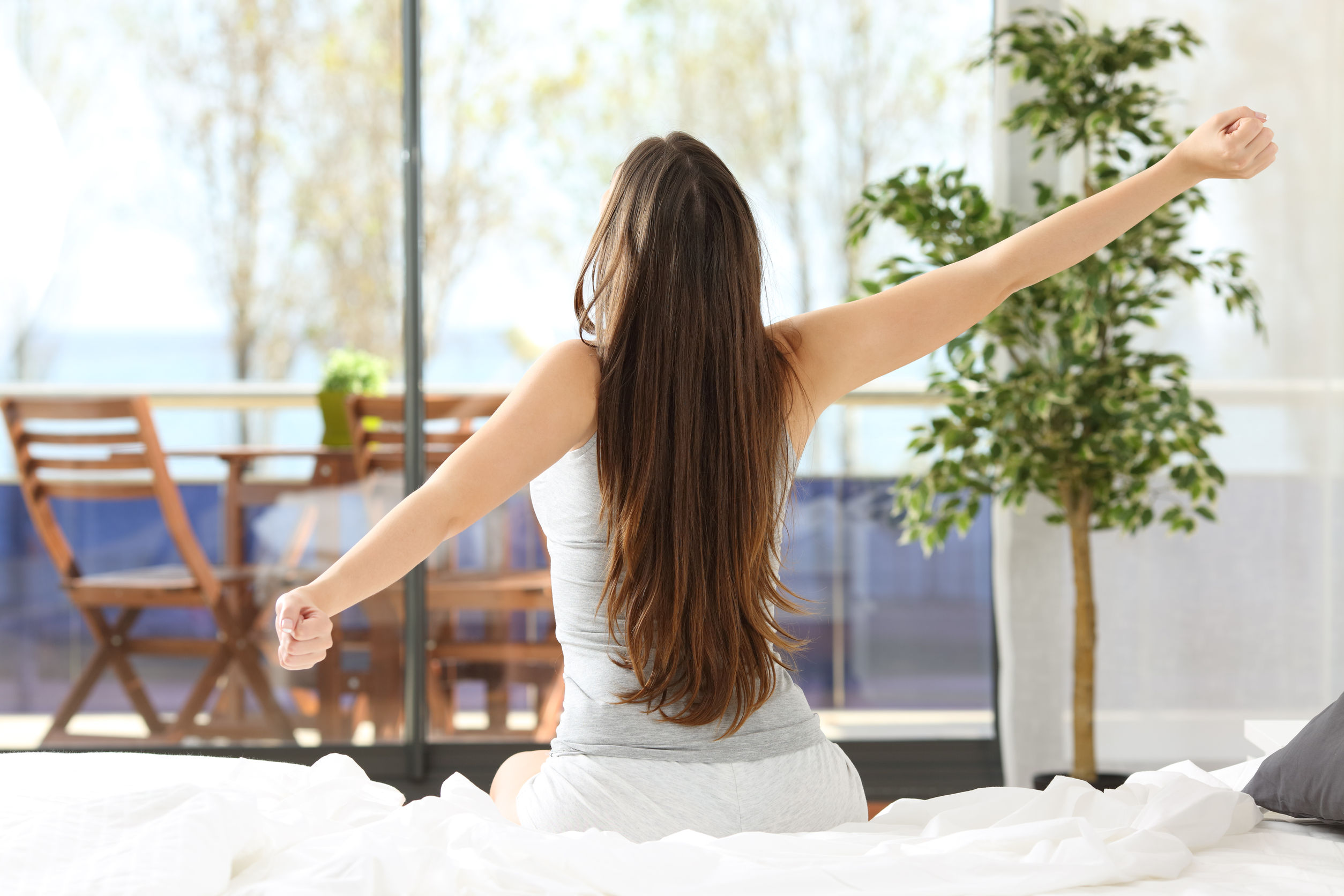 It can be a good alternative for children and the elderly, two groups who are particularly susceptible to the side effects of medication. The one downside: it doesn’t take effect immediately.

If after following these tips you still find yourself tossing and turning, consider speaking to your doctor and trying to identify the source of your sleep trouble. In addition to prescription medications, there are many other alternatives to help you achieve the sleep you need including cognitive behavioral therapy for insomnia (CBT-I).

Because you deserve to rest easy!