Panama, August 7, 2018. Pan-American Life Insurance of Panama, the 100-year-old leading personal insurance company in Panama, announced today that it has become the newest sponsor of Tauro FC for the Panamanian Soccer League’s Tournament Opening 2018 and Closing 2019, specifically to push the development of the Club's youth teams.

Tauro FC is considered the pioneer of national soccer. It has more than 13 local titles, the second most of any team in the league, and is one of the most popular teams in the Panamanian soccer community.

“We’re excited to invest in our local sports and especially the development of future talent that has the capacity to inspire so many young people to reach their full potential,” said Tony Eleta, Country Manager of PALIG Panama.

For his part, Roberto Zauner, Board member of Tauro FC, thanked PALIG Panama for its commitment to Panamanian soccer and took advantage of the moment to deliver the Club’s official jersey which will be used in the season opening match.

Sponsoring Tauro FC is aligned with Pan-American Life's vision to improve the sense of wellbeing of its insureds across the Americas, specifically through the promotion of active, healthy, lifestyles. This commitment to wellness is reflected in all of Pan-American Life’s operations elsewhere in Latin America as well as in the United States and the Caribbean.

“PALIG Panama is present in the LPF to support new generations of Panamanian soccer players,” Eleta added. “Panama is experiencing a historic moment in soccer and we want to encourage all the fans to go see matches live in the stadium and to make it a family activity. We’re excited to support Tauro FC and more importantly to support Panama.”

For interviews with the media: 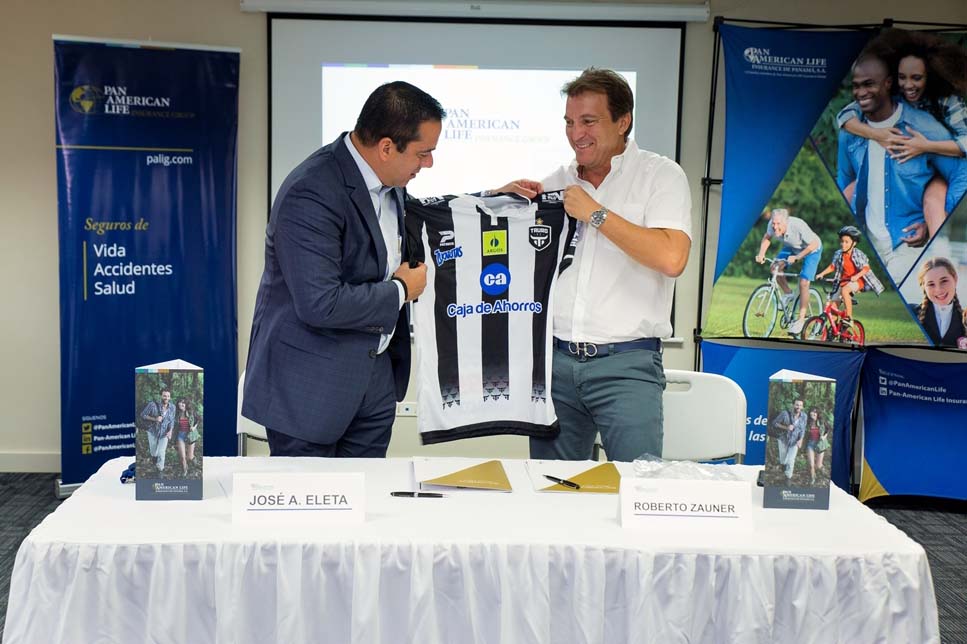 Pan-American Life Insurance Group (PALIG), a leading provider of life, accident and health insurance throughout the Americas that has been delivering trusted financial services since 1911. The New Orleans-based Group is comprised of more than twenty-member companies, employs more than 2,100 worldwide and offers top-rated individual and/or group life, accident and health insurance, employee benefits and financial services in 49 states, the District of Columbia (DC), Puerto Rico, the U.S. Virgin Islands, and throughout Latin America and the Caribbean. The Group has branches and affiliates in Costa Rica, Colombia, Ecuador, El Salvador, Guatemala, Honduras, Mexico, Panama, and 13 Caribbean markets, including Barbados, Cayman Islands, Curacao and Trinidad and Tobago. For more information, visit the Pan-American Life website at palig.com, like us on Facebook @PanAmericanLife, follow us on Twitter @PanAmericanLife, and connect with us on LinkedIn at Pan-American Life Insurance Group.