When people think of high blood pressure, they immediately associate it with an excess of salt. The two are inseparable in our collective imagination as we try to stick to a good diet to stay healthy and avoid dreaded heart problems.

But what is the chemical that makes salt the villain? Where is the line between too much and too little salt? Is all salt bad?

This article answers some of these questions to explain why salt — or more precisely, sodium, a mineral that makes up 40% of salt — is the perfect accomplice for high blood pressure and what people can do to prevent the negative effects of salt intake on their bodies.

What Is Blood Pressure?

The heart propels the circulation of blood throughout the body. With each beat, it pumps blood into the arteries. It’s at this point that pressure is highest (systolic). When the heart is at rest, pressure is lowest (diastolic). These two numbers come together to form the famous 120/80 mmHg, the ideal blood pressure reading. 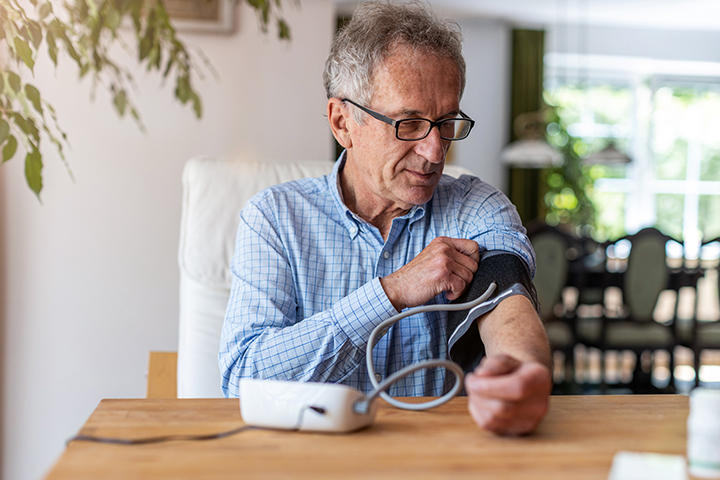 If the arteries are obstructed, blood circulates more slowly and sluggishly, and the heart has to put more energy into pumping, making blood pressure numbers rise. A reading of 140/90 mmHg or higher has crossed the threshold into hypertension.

One of the main barriers to diagnosing hypertension is its lack of symptoms — it’s known as the “silent killer.” A person with high blood pressure may experience a mild headache or dizziness, which they can easily attribute to stress or exhaustion from the day. It’s very common for people to ignore it, and if they don’t have a primary care doctor or access to care to get their annual checkup, the issue goes on undetected.

Meanwhile, the heart has to work harder and harder to pump blood. As time goes on, if hypertension remains undiagnosed and untreated, it can cause serious health threats, such as:

The Role of Salt

While there is evidence suggesting that obesity and a sedentary lifestyle cause hypertension, there is even more proof that consuming too much salt is strongly linked to an increase in pressure, particularly in age-associated hypertension.

Many forms of salt exist in nature, but the most common one people usually refer to is table salt, which is used to salt food. It is a mineral composed of sodium chloride.

Salt is one of the oldest forms of seasoning. “Salty” is one of the five basic human tastes along with sweet, sour, bitter, and what’s known as umami (food that has a special taste due to containing monosodium glutamate, such as mushrooms, cheese, or soy sauce).

As salt dissolves in a solution or food, it breaks down into the ions that form it: sodium and chloride. Salty taste comes primarily from sodium ions. 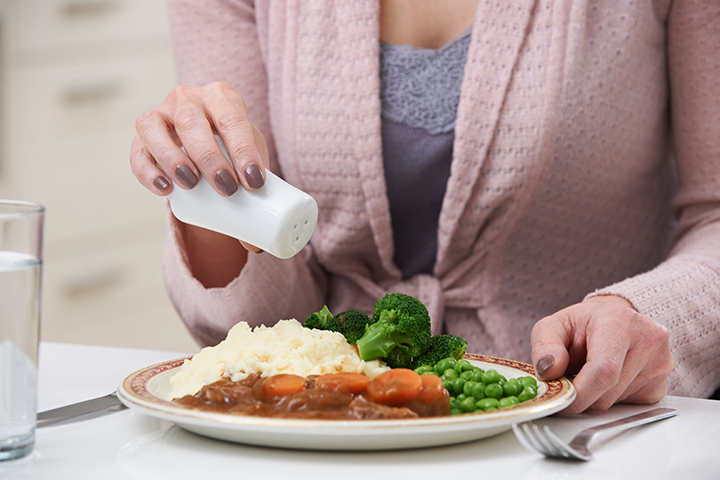 When consumed properly, salt is essential for human health. In fact, sodium is important for the functioning of the body’s nerves and muscles, and plays a role in regulating bodily fluids. Chloride also helps produce stomach acids.

However, consuming too much salt (either from excessively salting foods or consuming products with added salt, such as canned goods with high sodium content) has the opposite effect. The body retains fluid and the excess sodium chloride makes it harder for the heart to pump and for the kidneys to filter toxins. Over time, this damages the arteries and blood vessels, which accumulate fat, leading the cardiovascular and renal systems into a dangerous abyss of disease.

Curiously, science has found that salt affects people in different ways. There are people who can consume more salt with no bearing on their blood pressure, while there are others for whom the slightest increase in salt intake alters their blood pressure reading and impacts how their kidneys regulate fluids.

Salt sensitivity is most prevalent in people who are middle-aged and elderly, overweight, or obese. It also tends to be more common as we age and in people of African descent.

The UK organization Action on Salt estimates that cutting salt intake by just a gram a day would result in a dramatic drop in the amount of cardiovascular disease in the world, and fewer deaths from heart attack and stroke. People all over the globe consume much more salt than is healthy. In 181 of 187 countries (making up 99.2% of the global adult population), intake exceeds the World Health Organization’s recommendation: less than 2 grams of sodium a day.

1.13 billion people worldwide have hypertension. That’s one of every 4 men and one of every 5 women. Only one of these 5 people has their condition under control, either through medication or diet and exercise. Hypertension is the leading cause of premature death.

In Latin America, 1.6 million people die every year due to diseases linked to high blood pressure. Cardiovascular Risk Factor Multiple Evaluation in Latin America (CARMELA), which analyzed cases of high blood pressure in seven cities in the region (Mexico City, Santiago de Chile, Quito, Lima, Buenos Aires, Bogotá, and Barquisimeto), found that between 23% and 46% of people with hypertension do not know that they have this condition.

The WHO’s goal is to cut salt intake in half by 2025. In the meantime, individuals and healthcare systems must strive to educate people on salt the same way they did with sugar: teach them to use it in moderation, replace it with less harmful condiments, and achieve a balance to enjoy its benefits while avoiding its risks.