Advances in genetic engineering have made detecting and avoiding illnesses before a baby is born a welcome reality. Along with this newfound control over their baby’s wellbeing, however, parents will be increasingly able to determine traits and abilities that have nothing to do with their child’s health, thanks to gene editing.

This imminent future makes us instantly skeptical of genetic engineering and its limits. Where should we draw the line? Current technology has already made possible DNA testing to help identify genetic anomalies that could lead to serious health complications in our children and subsequent generations. While many scientists support advances in genetic research that help eliminate disease-causing genes, they have also expressed concern that parents will want to use genetic editing to achieve specific desirable traits in their babies, conceiving children who are taller or smarter.

The number of in vitro fertilization clinics offering parents the option of choosing the gender of their baby continues to grow. A company called Genomic Prediction has just received regulatory approval to market tests that predict the risk of illnesses, such as diabetes or heart disease, in several states across the U.S. Although they do not have plans to develop tests to determine eye color, intelligence level, or physical skill at this stage, the company is paying close attention to an ongoing conversation about the ethical implications of genetic engineering, in both the scientific community and beyond.

Fertility Institutes in California recently started promoting the option of predicting a baby’s eye color via an exclusive and patented blood test that examines a complex set of important genetic markers. The tests look at parents’ chromosomes to determine if either or both carry the necessary genes to conceive a child with their preferred eye color. These eye color studies are offered as a complement to other genetic tests related to the baby’s health and gender.

The specialists at Fertility Institutes explain that parents don’t necessarily need to have the eye color they want for their baby themselves. They simply need to carry the right genetic codes for the eye color that they want to pass on to their kids. These codes are often hidden in their genes.

Doctor Jeffrey Steinberg, founder of Fertility Institutes, says that parents can have a baby whose eye color is different from theirs, so long as they have the genetic code of different eye colors that can be transmitted to their child. Not everyone who has green eyes, for instance, has parents or even a single parent with green eyes, says Steinberg. But those parents certainly carried the “hidden” genes that would produce green eyes in their babies.

“That is what we are initially looking for in parents. We are searching for the codes, hidden or otherwise that you may or may not carry that will allow you to produce a child with the eye color you seek…If the necessary building blocks or codes are present, based on the tested genetics, we allow parents the opportunity to enter the program to produce embryos destined to be tested for general genetic health (euploidy), gender if desired and eye color genes.”

How Does Eye Color Work?

As in the case of many other human traits, eye color is not determined by a single gene but rather a complex combination of many genes.

An individual’s eye color results from the pigmentation of the iris, the structure that surrounds the small black hole—the pupil—at the center of the eye and helps to control the amount of light that comes into our eyes. The color of the iris can range from a very light blue to dark brown. Most of the time, eye color is described as blue, green, hazel, or brown. Brown is the most common eye color in the world. Lighter eye colors such as blue or green are found almost exclusively in people of European descent, according to the Genetics Home Reference of the National Library of Medicine.

Some time ago, researchers thought that eye color was the result of a single gene, and they employed a simple hereditary model whereby parents who had blue eyes, for example, could not have a baby with brown eyes. However, later studies demonstrated that this model was overly simplistic. Although rare, it is possible for couples in which each person has blue eyes to conceive a baby with brown eyes. Eye color inheritance is much more complicated than it was initially assumed to be because it involves multiple genes. While a baby’s eye color can sometimes be predicted by looking at his or her parents’ eyes or those of other relatives, genetic variations can lead to unexpected results. 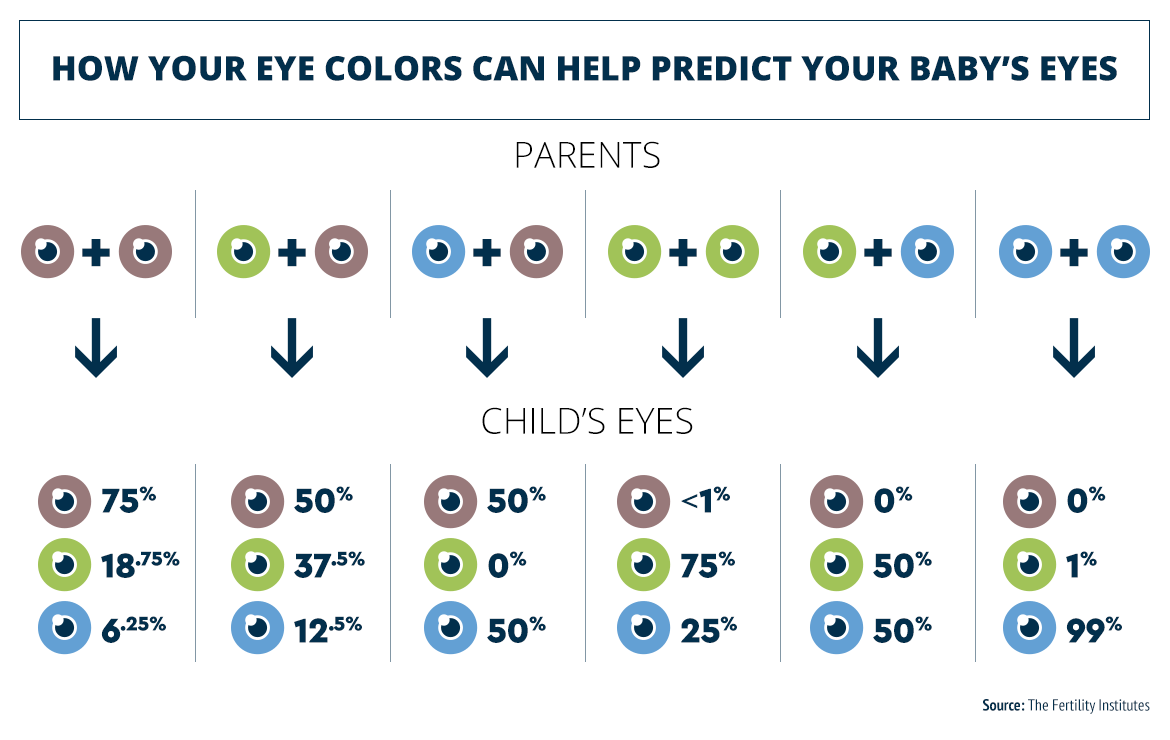 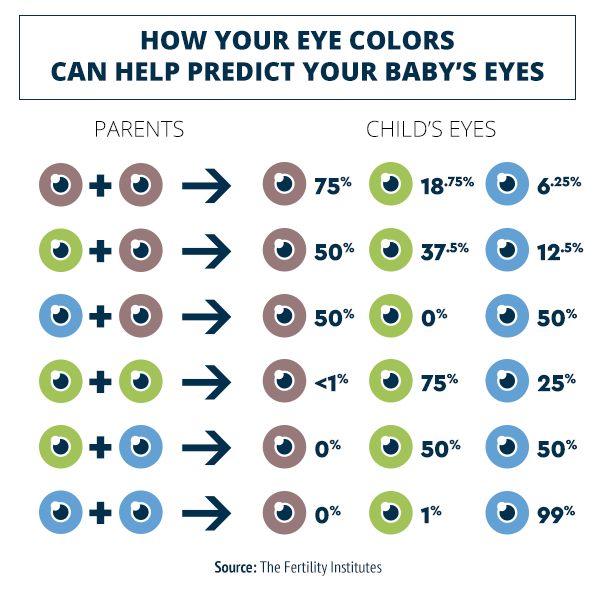 Currently, genetic engineering allows us to select our baby’s gender and eye color as well as modify the risk of certain illnesses. In the very near future, however, we could have a say over other more controversial characteristics.

Fascinating as these technological advances may be, genetic engineering leads us to some difficult ethical questions. Josephine Johnston directs research at the Hastings Center, a bioethics research institute. In her opinion, having control over physical traits like a baby’s eye color “can seem awfully close to a eugenic mind-set, where we thought we can sort the worthy and fit from the unworthy and unfit.”

As parents, we always want the best for our children, but when we deem certain traits superior to others, we run the risk of contributing to prejudice and discrimination.